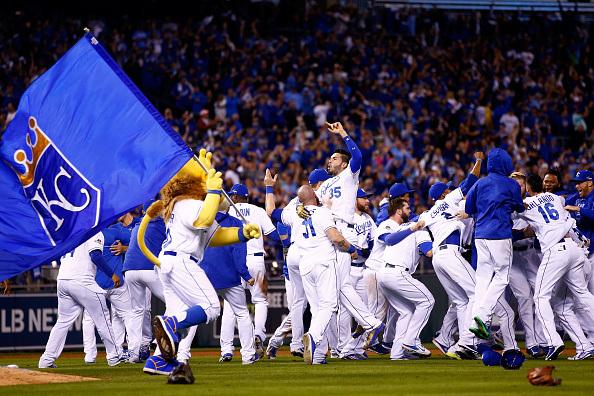 After a tough defeat last year against the San Francisco Giants, the Royals came back with vengeance for the 2014-15 season.

With key roster changes the Royals did some serious recruiting and drafting to fine tune the mistakes that the made last year. With a deeper bullpen including aces such as Johnny Cueto, Yordano Venture, Wade Davison, and Edison Volquez the had the arm power to go the distance, which wasn’t even needed thanks to Volquez’s performance in game 5. Even though last year they were considered one of the best defensive teams in the league if not the best, the had no competition this year. With Salvador Perez being the plate, two time golden glove first baseman Eric Hosmer, Ben Zorbist at second, Alcides Escobar at shortstop, and Mike Moustakas at third completing the infield, and Alex Gordon, Lorenzo Cain, and Alex Rios finishing it up in the outfield the Royals were a power house.

One of the major differences that separate the Royals from the rest of the MLB was their amazing resilience and skill to play “small ball.” Basically that the Royals don’t have any break out superstars that are world-renowned, but instead play aggressive, sacrificing outs to advance baserunners. They also aren’t scared to steal bases, especially when you least expect them to, and they always take the sure out instead of trying to do to much with the ball.

They are a young, but seasoned team with great chemistry and an incredible intellectual minds for the game which makes their defense so tough. The resilient factor comes into play as the were credit for being the best team in the MLB after the 7th inning which is know as the home stretch in the MLB. Their bullpen can carry them deep into extra innings when other teams are only equipped to play the standard nine. Also their defense doesn’t make careless errors and can patiently wait for the other team to slip up and with the “small ball” mentality, can score one run which most times is only need to win in extra innings.

Two examples of the Royals’ resilience was when the Mets made a late error in game four which then sparked Kansas City’s bats to catch fire with simple base hits and good bats to come back from behind and take the win.

Lastly was game five, when the Mets where up 2-0 going into the 7th inning. As stated the before there is no better team after the 7th inning then the Royals. They came back in the 9th to tie it up at 2-2 and forced the game into extra innings. The Mets were hanging on by a thread after the 11th, and at the top of the 12th fell apart. With a weakened Mets’ bullpen, the Kansas City Royals tacked on five runs, hitting the Mets with a knockout punch that left them out of the competition and allowing the Royals to stroll onto the field to collect their trophy.