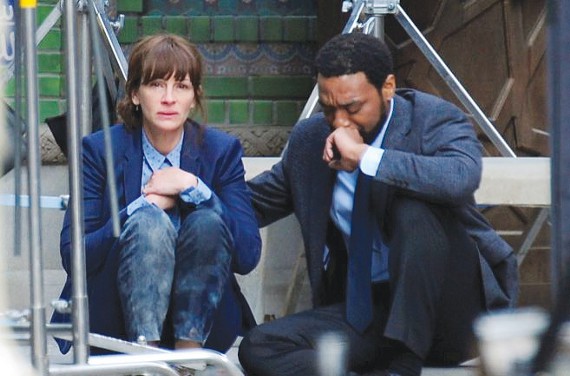 Julia Roberts doesn’t turn to her usual happy-go-lucky role in this mystery and suspense drama that hit theaters on Friday, November 20. Instead, she plays a rising FBI investigator along with her cast mates Chiwetel Ejiofor and Nicole Kidman who find themselves stuck in a very unpleasant and disturbing situation; investigating the rape and murder of Jess’s (Julia Robert’s) teenage daughter who was found bleached inside and out and left to die inside a dumpster outside of a mosque in Los Angeles.

Critics have been very harsh in their reviews of this remake of the 2010 Argentine film that won an Oscar just six years ago. Since the movie flashes back in time to thirteen years prior to Ray’s (Chiwetel Ejiofor’s) supposed lead into who the murderer is, the suspense and anticipation that something happens within that thirteen-year span is immediately lost, making the movie less interesting and even pointless during some scenes that had the potential to be thrilling and exciting.

In spite of a relatively stale storyline, the three main characters’ performances are extremely dexterous and captures the power of their characters. When Jess discovers her daughter’s body in the dumpster, her agony and  grief could be felt by the whole theater. This is a side of Julia Roberts that I had yet to see until this climactic and heartbreaking scene. Also noteworthy is her transformation from a cheerful and witty professional to a grief-stricken woman who seems to have lost all happiness with the loss of her daughter. The flashbacks of Jess and and her daughter make the sympathy you feel for Jess that much stronger as the investigation becomes more intense and action-packed. Nicole Kidman also delivers a powerful performance in her transformation from a rookie authority figure into a full-fledged FBI district-attorney supervisor. And even though the character of Ray stays mostly static through the course of the film, his performance is also compelling because of his commitment to finding the murderer and establishing justice in the face of overwhelming grief and distress. 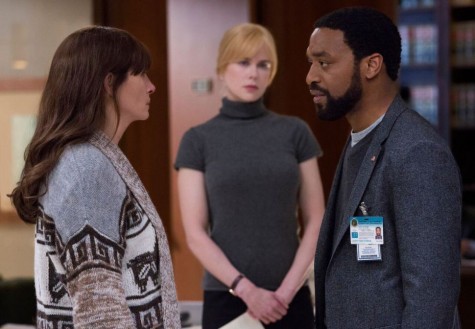 Megan Caverly, senior, seems to dislike the aforementioned lackluster plot, saying of the movie that “I usually like mysteries because they keep me from falling asleep in the theater, but for some reason this one threw me off, I don’t know why, it just wasn’t as dramatic as I thought it would be from watching the previews on TV.”

Overall, I think this film was a success for the actors that had main roles in it, but that the plot, vital to any good movie, wasn’t too enthralling  Nevertheless I would recommend seeing it due to an amazing ending that more than makes up for some of the movie’s quieter moments.