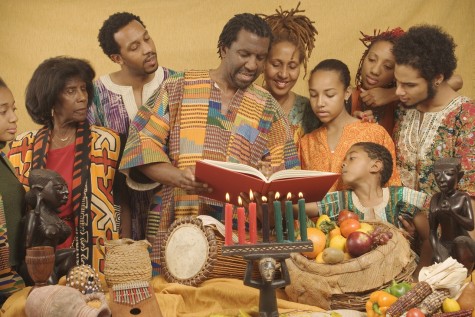 It’s that time of year again. Department stores start playing holiday tunes throughout the aisles, neighborhoods start hanging up decorations, and people try to decide just how much they’ll give up to show others they care. It’s Christmas time of course, and whether it be brewing warm hot chocolate or wearing a Santa hat everywhere you go, everyone is getting into the holiday spirit. But as you go along your Christmas merrymaking, you seem to remember that something else happened around this time of year. Another event or something that you forgot about.

No, it’s not Hanukkah, it’s Kwanzaa. But what is Kwanzaa? Why does it always seem to be forgotten?

Well the truth is, it isn’t. It’s simply not as widely celebrated or advertised as Christmas and does not date as far back in its tradition. The holiday was created in 1966 by Dr. Maulana Karenga. Karenga created the holiday as a way to bring African Americans together as a community after a series of riots in Los Angeles centered around racism. He based the holiday around big African harvest celebrations, which happened to fall around the same time as Christmas.

The basis of Kwanzaa follows seven principles: Unity, Self-determination, Collective Work and Responsibility, Cooperative Economics, Purpose, Creativity, and Faith. On each night of Kwanzaa, celebrators light a colored candle and discuss unique principles relating to the family, group, and even to the world. 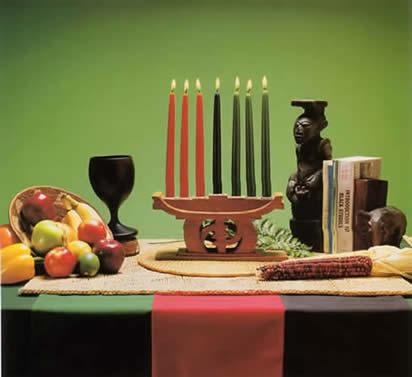 However, Dr. Karenga did not intend Kwanzaa to take over Christmas for people. “Kwanzaa is not a religious holiday, but a cultural one with an inherent spiritual quality,” he writes. He supports people of all faiths to celebrate the holiday. “I really don’t see why it’s not celebrated more often,” said senior Nickolas Sullins.”It’s a secular holiday that can bring everyone together, and does it without the hustle and bustle of Christmas.”

“Its sense of togetherness is really cool and appealing, and since it doesn’t have any restraints of religion, people don’t have to feel left out,” said sophomore Logan Blakeborough.

Kwanzaa may not seem like a significant holiday, but its inclusive and progressive ideas make it something that should be appreciated just as much as every other spiritual celebration.