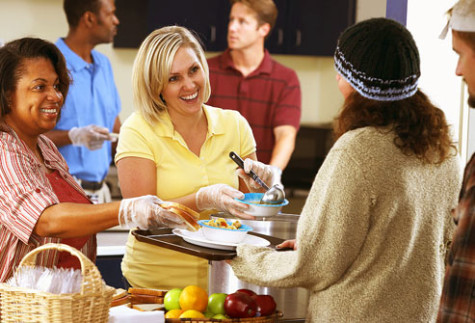 During the holiday season, malls are teeming with frantic people in frenzy to buy gifts for friends and family. To give is to show love and appreciation, and it is what drives the commercial aspect of the holidays.

This is also a season when some of us let out minds drift and wonder about less fortunate people who may not be able to buy, give, or receive gifts.  Charitable sentiments run high during this time as we all feel compelled to give.

“My family and I make sure we find some way to give to charity during the holidays,” noted Senior Kyle Head,” We should be trying to help all the time, but it’s the thought that counts. 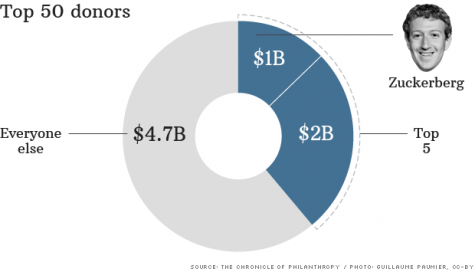 This month, founder and chief executive of Facebook Mark Zuckerberg and pediatrician Perscilla Chan welcomed their daughter to this world.  The wealthy couple celebrated the arrival of their child by announcing one of the largest charitable donations: they pledged to give away 99 percent of their share in the company.  The donation is estimated at $45 billion. Last year, another influential couple in Tech Industry, Melinda and Bill Gates, founder of Microsoft, started a drive to persuade world’s wealthiest to give 50% or more of their fortune to charity.  Warren Buffet who has given money to many charitable foundations established by his family supported Gates in this persuading others to give to charity.  Additionally, Buffet gave $10 million to Bill and Melinda Gates foundation.

While many bask in the splendor of the tremendous giving and others wonder how so much money exists, some philanthropy experts are concerned about lack of details about who will benefit from these pledges.  When the donations are so high, people are inclined to assert where the money should go. For many, giving is giving. But critics claim wealthy donors like to give money to art centers, medical research and universities, while less is going directly to organizations supporting under-served population, such a homeless, recovering drug addicts and those living in poverty.

Some philanthropy experts were concerned about lack of details about who will benefit from these pledges.  Critics claim wealthy donors like to give money to art centers, medical research and universities, while less is going directly to organizations supporting under-served population, such a homeless, recovering drug addicts and those living in poverty. These criticisms spark debate on whether the cause trumps action of giving.

“While there are some organizations I think are in greater need of the help and money, it is not mine to donate. All I can do is support them myself,” commented Sienna Smith (12)

While you may not have millions to spare, you can preserve the tradition of giving by donating your time or your money to an organization or cause that resonates with you.

Notable organizations that accept any form of donations and volunteer service: