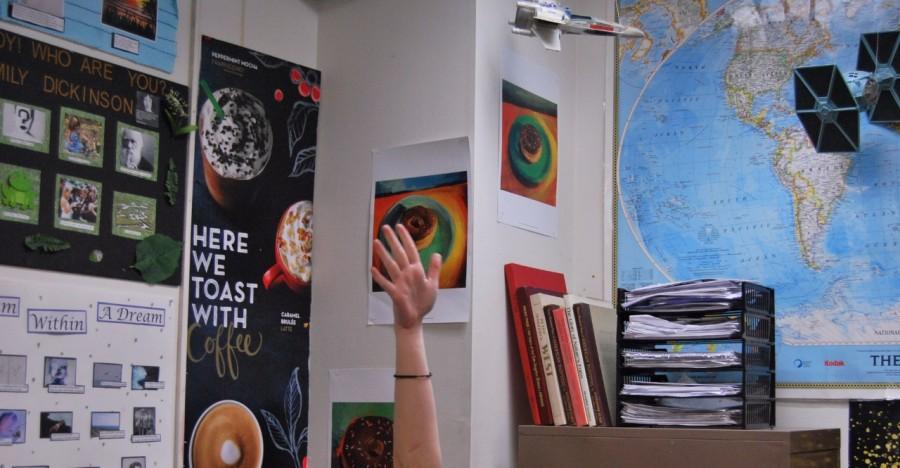 The primary questions that govern the school experience often center around the core identity of true intellect and success.  Unfortunately, near-perfection is the simplistic and shallow definition attributed to both, scorning those who are dexterous in navigating conflict or have the leadership skills and idea to create a start-up.

Such rigid definitions suffocate the various mediums in which hard work and success can be fleshed out and celebrated. A black and white reality is bound to create disparity in self-worth and create a mirage of society that impairs one’s understanding of their own potential. Perfectionism, despite its inherent faults, is revered, and school-life balance can more often than not be seen as a lack of seriousness.

For high school students nationwide looking to prove intelligence and achieve success, school nights are often crammed with hours of homework and practices that possess a prodigious tendency to swell schedules and instigate exhaustion. Weekends aren’t much better. In a society in which reputation is built on comparison and ruthless competition, students assume lives defined by their GPA’s and outside opinions on their intellect and overall potential. Reaching artificial expectations often dominates what is intended to be a time of self-discovery and steady growth. Teenagers, whose malleability is undisputed, are undoubtedly molded by society’s zealousness to thrust them ahead into the sharp expectations of adulthood.

Such conditions instigate the plummeting of self-esteem and, in some cases, breakdowns as students struggle to live up to increasingly lofty expectations and preserve easily tarnished academic reputations. The competition has become so severe, numerous students appear to view college as the “end goal” and become overly immersed in future that is only a microcosm of the real world.  Moreover, students struggling to maintain their positions at the top of the increasingly precarious perch of school success find that their academic identities become too integral to their self worth, a symptom of the prominent promotion of absolute success and failure in all facets of society. While some may argue that this encourages greater work ethic and an awareness of what lies beyond the sheltered reality of school, it also risks fostering pessimism and one-dimensional perceptions of the self and world beyond.

The danger of creating a new generation overly involved in the endless and winner-less games of comparison  is not often addressed in this hyper-active and, in many cases, perfectionist society, but is seen daily at SCHS and in high schools around the nation.

One can see firsthand the impact of high standards and large workloads in the bloodshot eyes of the junior that spent the entire night studying for her AP Biology test, the packed schedule of the sophomore who spends all his free time doing extracurriculars to boost his college resume, and  the despondence of the student in AP Euro whose spirit is crushed because he got a B-  and is now convinced his intelligence is somewhat of an illusion. The campus is often packed with these puffy-eyed zombies, whose sleep-starved minds cling to the expectations demanded by that day’s tests and don’t expand upon much else. Students such as these are more likely to provide black-and-white understandings of incredibly complex concepts, such as those of intelligence and success. Moreover, there is more likely to be the development of imbalanced habits that can forsake one’s mental and physical health for grades, which promotes a neglect of the self and an obsession with ultimately material achievements reflective of an extremely materialistic world.

When asked about the amount of pressure students receive from the outside world, sophomore Ashlee Atkins judged the question self-explanatory, providing an answer brief in length and grim in tone. “A lot” was the official and only response. Public stigma that determines anything less than an “A” unremarkable pushes many students to heap massive amounts of pressure on themselves to consistently perform at a high level in the efforts of maintaining belief in their own intelligence and ability. This unrealistic definition of intellect leads many to form delusional perceptions of themselves across a vast spectrum that spans from arrogance to self-loathing. In a world that relies on reason, strength, and confidence, the promotion of irrational understandings of the self and others will only result in a new class of adults teetering on delusion and increased disparity. Moderation is key in building a balanced society capable of succeeding in all aspects of business and life, not just in the classroom.

While life is in essence a competition when looked at from a career standpoint, the severity of school pressures  can often be crippling to otherwise bright young minds by discouraging risk-taking and putting one’s faith in the excellence of his or her GPA. It promotes a society based on materialistic and narrow measures of success.

As sophomore Katina Gabriel noted, “For most high school students, intelligence is being good at school, but in reality it’s a lot more than that.”

What is seen so vividly in high school is only a reflection of the world beyond, thus necessitating change and a new means of motivating hard work without promoting weak self-esteem and imbalanced priorities. It’s time to expand the idea of intelligence and success beyond the generic understanding of good grade and diverse high school involvement. If intelligence is redefined to capture the multi-dimensional essence of the human being, society can become more layered, skilled, and prosperous as a result. Half-asleep teenagers depressed over  B’s cannot be the foundation of  a refined, evolved American society and instead threaten the maintenance of this destructive cycle of a status-quo manipulated by absolutes.