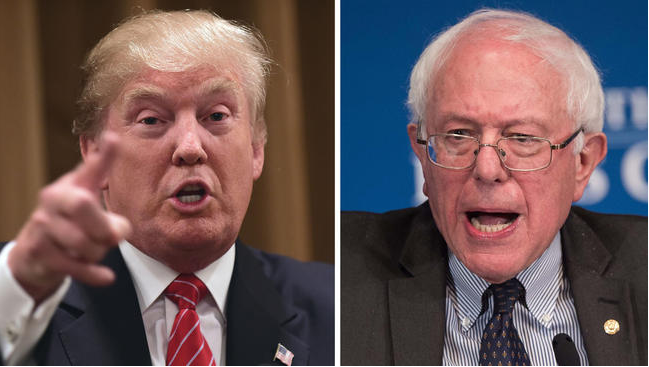 For governments built upon republican principles, populist movements possess the power to strengthen or destroy the fabric of a strong, well-oiled government.  Both revival and ultimate annihilation stem from the same festering, indignant righteousness and anger induced by a chronic disconnect between people and government.

When such detachment is felt and made into tension by gridlock and a sluggish society, the general public often aches for rapid upheaval and reform of political practices, leading to the support of “outsider” candidates noticeably distinct from their party’s established core.

This election cycle, American anger, and desire for change, has culminated in the unexpected rise of both Republican nominee Donald Trump and Democratic nominee Bernie Sanders. Trump and Sanders occupy opposite ends of the populist movement, with their supporters reflecting its influence in different ways. It is not accurate to compare their campaigns beyond their undeniable foundation in populism. Nonetheless, both weaken already battered parties and serve as a catalyst for dramatic change. 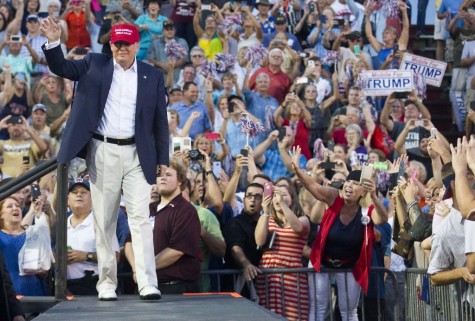 Trump’s campaign has fed off the division of the GOP into several factions that led to internal power struggles and a consequential inability to govern effectively. Moreover, he has exploited fear of immigrants amidst the rise of ISIS  through fiery nationalist rhetoric. His lack of political correctness has lent him an air of authenticity and clouded his actual lack of clear, coherent policy, something that betrays the vulnerabilities of the election process. His large masses of supporters have been rallied together out of fear and anger at the gridlock and lack of conservative progress. Such noxious emotions and feelings of betrayal regarding their own party have elected passion and the ability to stir emotion the most important qualifiers of a candidate. Charisma and fearlessness have proven to captivate the public mind more than the dry variations of moderate conservative policy, as proven by Trump supporters’ steadfast support through all controversy and lack of political depth. His infamous proposal to build a wall on the border between the United States and Mexico, while ludicrous and offensive, has excited disappointed republicans who yearn to be apart of genuine change and achievement of their goals.

Trump has tirelessly employed his “outsider” status and self-funded campaign (despite the fact donations can be made on his campaign’s website) as a chief  reason for trusting him and his ability to be efficient in a notoriously gridlocked Washington environment. His coarse language and shocking proposals have created a devout base of supporters who feel Trump’s generally offensive nature is instead an indicator of authenticity and independence from the influences (large corporations, etc.) that manipulate the actions of both Republican and Democratic candidates. His tough stances on important GOP issue, such as immigration and the war on terrorism, and his ability to earn significant coverage in media due to his shock-value statements has made him a lethal threat to the last remnants of the old Republican Party as it struggles to overcome both internal discord and this “ambush” of the GOP primary. His increased likelihood to win the nomination with leads in Ohio and Florida has further shaken his adopted party to the core.

As sophomore Ariana Winsten observed, “While I’m not a Republican, it’s extremely disconcerting that Trump has so much support in spite of everything.”  It is a symptom of a government that is notoriously untrustworthy and a public desperate for a knight in shining armor to led the charge for change, a crusade that has resulted in seething rhetoric and a fiercely divided GOP Primary. 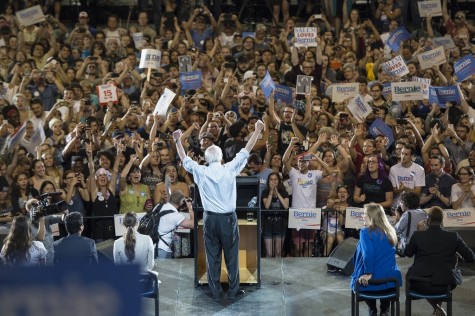 Sanders’ campaign, while absent of the same indignant nationalism that has defined Trump’s, has been catapulted to success by the general public’s unease over the economy and the deterioration of the middle class. A 74-year-old Independent until 2015 and a self-described Democratic socialist, Sanders appeared to pundits too far left to resonate with the general population and establish a recognizable and appealing brand of liberalism. That has not been the case,with the Vermonter proving to be a formidable alternative to establishment sweetheart Hillary Clinton. His proposals to break up the big banks of Wall Streets, make public college free for everyone, and establish a universal health care system appear idealistic, but have excited a millennial generation that has grown up only knowing of wealth disparity and an unreliable economy. The job shortage and skyrocketing prices of college have combined to create a perfect storm of desperation that belies a general sense of betrayal and frustration among the youngest members of this society. Overwhelming support from millennials (over 80% in most places) has carried Sanders’ campaign from the fringes of liberalism to the forefront of a Democratic party riddled with many of the same problems plaguing Republicans. It’s also important to note that Sanders’ firebrand language, such as calling his campaign and the millions supporting it a “political revolution” in its rejection of big donors and extensive grassroots program funding it, spurns idealism and the fierce ambition and zeal that often accompany it.

“I like what he has to offer in terms of the economy, especially since I’m going to college in a couple years,” sophomore Chandler Horton commented. The optimism stoked by Sanders’ campaign and his no-nonsense approach to some of Americans’ most pressing and divisive issues has given him a platform to spread his message and overwhelm the moderate policy, such as that of Clinton.

A public ready to undermine politicians it feels are manipulated by outside interests has found what it feels to be catalysts for a broader reform of American government and practices in both Bernie Sanders and Donald Trump. Both liberalism and conservatism have been severely damaged by years of gridlock and constant fighting, which has produced little progress and left both parties’ cores reeling and out of touch with the general public. In the wake of weakened establishment, it is only natural that a generally moderate public will veer sharply left or right in an attempt to effect change and decidedly move the political pendulum towards liberalism or conservatism.

While neither candidate may be the most qualified, they are the most adept at tapping into the current public mood and reflect the worries of a society that sees itself as a nation slipping in global prestige and floundering domestically. This is a society that is hungry for change, and will go to extreme lengths to procure it. This is election cycle is not defined by liberalism vs. conservatives, neither is it a true battle between establishment and radicalism. It is the American people vs. its government, in a battle for control of a nation the public no longer trusts Washington to protect and advance.

Whether Bernie Sanders or Donald Trump wins is irrelevant; both have drastically altered the fabric of their political party and thrust authenticity into the limelight of American politics. Both have shown that popular support can trump that of corporations and powerhouses in Washington when government feels it is powerful enough to disregard the American people and use them as pawns. Public anger, albeit dangerous in its ability to cloud judgment and tarnish American principle in the name of blindly sweeping change, is a symptom of the government’s inefficiency and inability to include and protect the average American citizen.

In order to reconcile with the people, the government must fully embrace and accept the potency of populism, and yield (within reason) to the tide of reform ambushing it from all directions and both parties if it wishes to maintain stability.