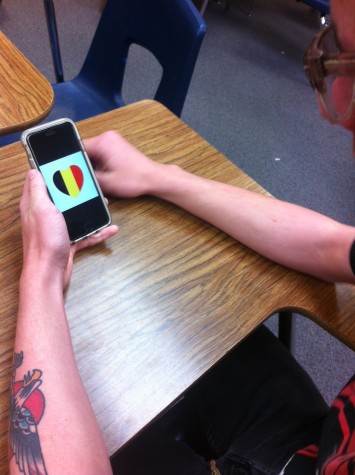 At about 8:00 a.m. Tuesday morning (12:00 a.m. Pacific time), Zaventem, a Belgian international airport, was attacked in a dual bombing, both occurring at opposite ends of the check-in area. About an hour later, another explosion struck the Maelbeek metro station in the middle car of a three-car metro train. 31 have been confirmed dead and an additional 136 are injured.

Security measures have been increased internationally as a response to this frightening breach in European security. France has deployed a surplus of officers to train stations around the nation, and Britain and Germany have heightened security in their international airports and train stations as well.

Accounts given from people present during the attack who managed to escape unharmed all recount the terror and panic of the situation, as well as the confusion from the noise and the dust. “Everyone was screaming and running…I’m still shaking” said one man to the BBC shortly after.

The attack is believed to be a revenge attack in response to the capture of Salah Abdeslam, a suspect of the Paris attacks last year. The arrest took place last Saturday, March 19 after four months of Abdeslam being on the run.

ISIS has claimed responsibility for the attacks but their involvement has yet to be confirmed by law enforcement. However, it is likely that the attackers were inspired by some strain of radical Islam.

In the moments before the bombings, some shots were fired by the attackers, confirmed by an assault rifle found next to one of the dead attackers, and it is believed that the attackers were yelling in Arabic at those near to them.

Despite the terror and cruelty of the situation, it is important that we recognize that Belgium was not necessarily singled out in this attack, and that terror exists across the world. “Although the attacks in Paris and Brussels were horrific, this is not only a European problem. It is a global problem.” said one of San Clemente’s French teachers, Mrs. Alizadeh. “We need to be working together to prevent attacks and staying vigilant without succumbing to terror.” Hopefully, as time goes on, the world will unite under a common cause, and others will join the what has been dubbed the “war on terror”. In the meantime, the world stands with Belgium in its time of need.