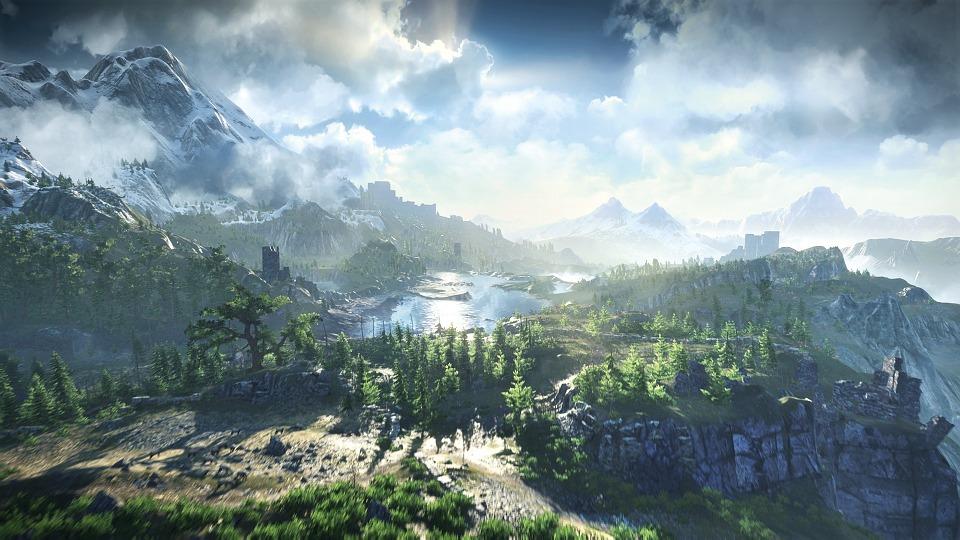 There she stood in front of the never ending blizzard. The entire world seems like it was engulfed by the white snow. Ciri was constantly getting pelted by the never-ending white frost. She stumbled up a hill that seemed as if it was 100 kilometers tall. She fell several times into the white powder and got up every time. She had to stop this danger to her world. The new world that she had entered was her own, but was destroyed by the white frost. She was destined to destroy this unknown enemy to her. She finally climbed the hill after what seemed like an eternity. She saw a covered town, filled to the top with the white powder. It was a constant -20 degrees and Ciri was finally beginning to feel it. She ran down the steep hill and hid between the houses in the village to get out of the pelting blizzard. She looked around to see the direction that all the snow was coming from but she just couldn’t see anything past three feet.

After waiting a minute, she finally got a sense of direction where the terrible Frost was emanating from. It had cleared up immensely and she could finally see that the White Frost was coming from what seemed to be a cave, but it seemed like she couldn’t get in the front exit as she would freeze as soon as she even thought about entering. She trudged through all the snow, trying to find another entrance into the cave to finally see what was creating this terrible, never-ending frost. She made her way behind the cave and saw a small opening in the top of the cave. She looked into the dim cave and saw no frost at all. She didn’t see anything, not a single thing out of place. It looked like a normal cave, nothing out of the ordinary. She hopped down into the cave and saw nothing, it boggled her mind that this was the source of the White Frost.

She continued down the cave and knew not where to go, she just wandered around the labyrinth trying to find the source. She wandered for about an hour before finding an ominous looking entrance way. She entered in and could feel the magical presence in the room. She looked around and could feel the magic strongest in the center of the room on a podium. She recognized the room, it looked so familiar to her. Then she realized, she was at her favorite town of White Orchard. She remembered coming here on her wandering around the world. In this world, no one had ever stopped the magic in this world and it had become so powerful that, it could eventually cross worlds into ours. She knew she had to put an end to this to save her home world. She sat on the ground, focused as hard as she possibly could and let out an incredible scream, her power went wild in the room, it started to rumble and shake erratically. She could feel all her strength leaving her and the room was shaking more and more. The magic in the room was starting to drain and she could feel it weakening. She held her position for as long as she could until she stopped.

The room ceased to shake, and she couldn’t feel the magical power in the room anymore. She struggled to come to a standing position, she had to use her sword to rest on. She struggled to come to the entrance of the cave where before, a blizzard was rushing out of where she stood. She saw no more blizzard, no more snow was pelting her face. A sudden ecstatic feeling came over her. She knew that she had stopped it for now. She did what she was destined before she was even born. She sat down for a time, then stood up, concentrated, closed her eyes, and teleported home. The elder blood in her veins gave her an ability like no other. She has the ability to travel between worlds and she was destined to use this one to save her current world. She didn’t have to run from anything anymore. She could finally just relax and live the life that she wanted to. She arrived at Kaer Morhen, the place Geralt had taken her when he saved her all those years ago. She knew he would be back soon. She made her way into the castle, and waited with Eskel and Lambert, reminiscing about old times.