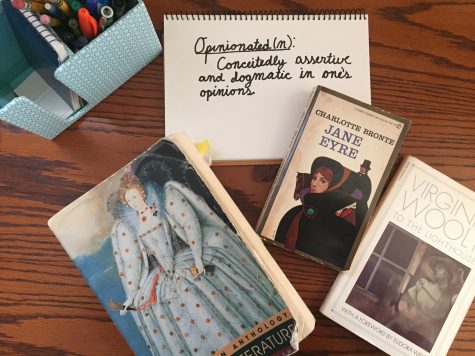 We all know an “opinionated” person: someone we believe to assert their views and not open these beliefs up to judgement or critique. However, why do we almost exclusively apply this word to women rather than men? We consider English to be a gender-neutral language, but all too often, society employs this as a blanket term for females who happen to be forthright and expressive.

As an outspoken young woman myself, this subject, although always a qualm of mine, manifested clearly to me a few weeks ago when I found myself engaged in a class debate. A group of males in a back corner were leading a very one-sided discussion of politics I didn’t agree with. The class readily accepted their assertions, and no one called them out for being domineering or acted as if them voicing their opinions was anything unusual. I was quiet for a while, but because I was passionate about the subject and because no one was saying anything to counter them, I decided to speak up. The second I did, the boys in the class began jeering at me, and I even believe I saw one of them posting a video to Snapchat, so I quickly silenced myself once again.

Later, someone singled me out–and me alone–as “opinionated” and even “uncivil.” They did not point out any of the various males who proclaimed many more of their opinions than I did and who were much more dogmatic in their contentions. Just me.

At this point, I should probably point out that yes, I speak my mind. Yes, I am loud. Yes, I have a clear, unique perspective of the world. Yes, I am a woman. I fully accept these facts and will not try to change them or to convince anyone otherwise. Allow me to ask, though, why we so often and almost solely assign that dismissive and critical label “opinionated” to females such as myself who do what I do–who speak our minds, who have our own distinctive views of society? Isn’t it more often than not that when a man does just that–when a man speaks his mind and has an individual outlook on life–we commend him as “well-spoken” and “innovative”? But a woman is just “opinionated.” 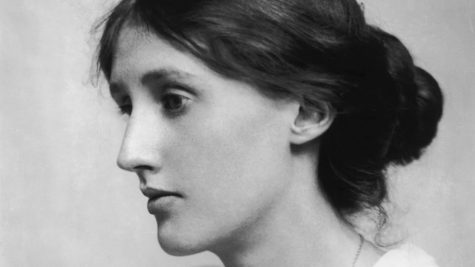 Emma Patterson, a junior at San Clemente High School, observed this same phenomena and affirmed, “I’ve seen that when women voice opinions that are controversial, we excuse them as ‘crazy,’ while men with the same ideas are portrayed as ‘fresh’ and ‘different.’” Thus, because we immediately deride women as such, Emma noted, “it can be very hard for a woman to get her point across when she is not taken seriously.”

Although we might not realize it, implicit bias continues to govern snap judgements such as these.

We live in a patriarchy. In pointing this out, I am in no way calling for a restoration of the matriarchy of early Ancient Greece or anything like that. I’m just stating a fact.

This social construct that encompasses our society today was built to put men in a superior position, and, in doing so, it was built to suppress women. We were raised to believe this doctrine. We were raised to think of women as somehow inferior to men. We were raised to believe that females should be submissive to the demands of male society. So when a woman acts not so meekly, not so passive, and not so compromising, it threatens to shatter these beliefs–these judgements–society has taught us to hold our entire lives. It makes us feel insecure; it seems to endanger the whole of our society, especially when there is real credibility behind what the woman believes.

We find it easier simply to dismiss these “threats”–easier to just write them off as “crazy,” “opinionated,” and “uncivil”–than to see the glass ceiling shattered and the structure falling down upon us. 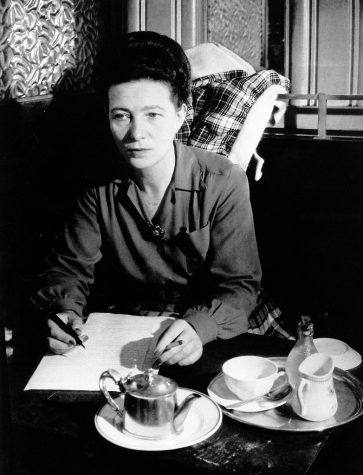 Junior Judson Wells contends that these dismissals of opinions do not pertain to suppression of gender, but rather to human nature as a whole. He claims, “as a people, we don’t like being wrong, much less corrected. It does not matter if the correction comes from a man or a woman–people will try to avoid it.”

Chloe Kenney, a junior and a female who has therefore experienced the ramifications of such negative classification, believes, “in some situations, I think Judson’s right, but I do think that gender has a significant effect in a lot of circumstances.” Although Judson’s statement rings true to a certain extent (we all do, in fact, dislike when anyone challenges us), I would like, again, to bring up my class discussion. Why was it okay for the boys in the corner to say what they wanted, to lead a very biased, prejudiced “debate” with only one viewpoint represented and yet manage to avoid the label of “opinionated”? Why was it that I, a woman, stated my opinion and immediately found myself ridiculed as “uncivil” while they were commended for their ideas?

Women make up nearly half the population. We cannot afford to dismiss their ideas–to dismiss the ideas of half the people on Earth. We must allow them a voice, and we must listen to them. Mary Wollstonecraft once declared that until women are provided a proper education “the progress of human virtue and improvement in knowledge must receive continual checks.” The same will remain true until we provide all people, and not one gender exclusively, a proper say in the world, until their ideas are heard–actually heard and not shrugged off–by all.

3 Comments on “Opinionated” or Simply “Woman”?