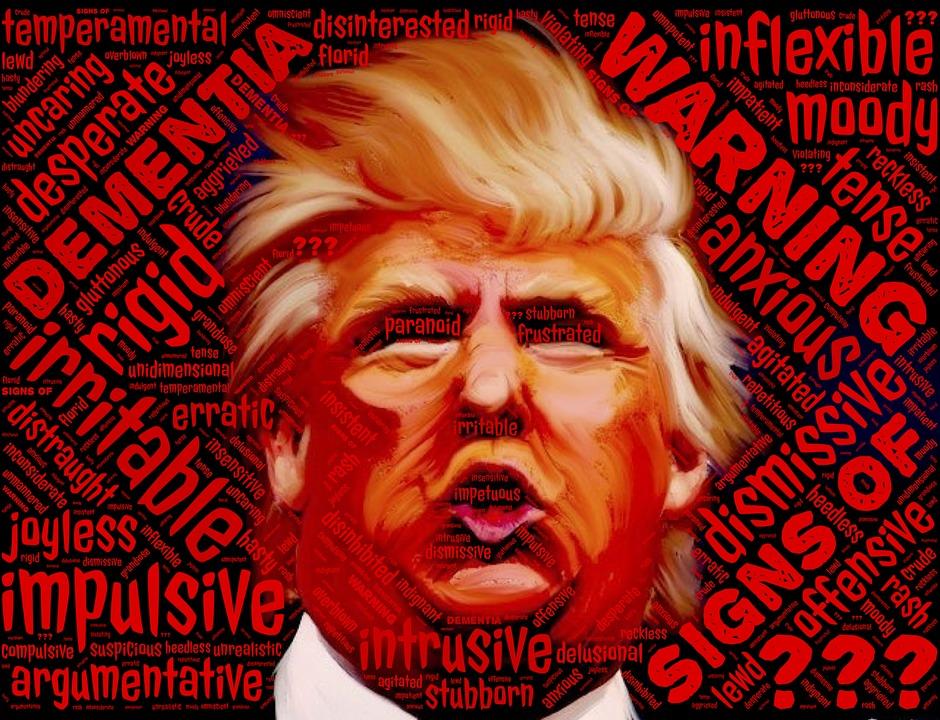 Hello. My name is Saffron Sener, and I am a citizen of the country you will soon command.

Now, with the news of your win, it is our duty to resist.

To resist the wall, the deportation, the removal of basic human rights for the people of this country. The unconstitutionality of your plans protects us from your outright intensity; it is our responsibility to pick up the slack.

It is clear, that with the result of this election, this country is yearning for change. The United States is apparently desperate enough for someone unattached to the political machine, untethered by ball-and-chain of politics to elect you. However, I do not believe that you were the answer to this call.

I applaud your ability to skip all process and win the highest position in the United States of America with literally no political experience. The fact that you were able to win office despite any background in political happenings, to any degree, is awe-inspiring. I am stunned by your ability to surpass all method associated with the presidency. You did what no one thought possible; color me impressed.

I guess this speaks to the state of America at this time. We need change. We need someone who isn’t a politician. A silent majority, percolating in their anger for the establishment and prejudiced towards their leaders, came forward during this election. They made it clear that this country is tired, tired of the constant cycle of political inactivity and untrustworthiness.

It is true that this country needs change. Progress is necessary to succeed. I fear, though, that your campaign has not preached progress; fear tactics and demagoguery do not incite advancement.

I agree with the United States. I too would like to see this country develop. It is time that we unite to unshackle ourselves from the bonds that we have been constrained by since our conception. However, in our search for change, maybe we made a mistake.

If you are the price for change that this country is willing to pay, there is a problem. I would love for you to prove me wrong, but I don’t expect it.

Why we are willing to write away the rights of our fellow citizens for any semblance of change is worrisome. This reveals the underlying problem with the system we are currently suffering; it has become so corrupt, so deceitful, that our desperation for a new kind of authority, one with no connotation in politics, resulted in your win.

As a country made up of immigrants, founded on revolution and the hope for equality of all men, the fact that we actively chose to prosecute our brothers and sisters, threaten them with deportation and the removed control over their body, in return for you as our leader is incredibly worrisome. Instead of selling each other for the price of change, we need to unite. Thanks to you, the intensity of internalized animosity has finally reaped reward for this country; your presidency is a sparkplug for this nation to act.

I have a question for you, Mr. Trump. When has America not been great for you, a white man born of privilege and thrust into success and wealth simply due to his name? The seas of oppression have parted to let you pass on the backs of the marginalized.

And moreover, when was America not great? It’s true, we are a flawed country. Progress is slow. Equality has yet to exist fully. Women have yet to reach equal pay; black men and women cannot walk the streets without falling under suspicion. But we are determined to improve. We are a country of people, who, with every punch you serve, will rise from the ashes and progress. We are committed to the greatness of this country; this is why I will continue to stand for the pledge of allegiance. I am proud to be American. I will not let you take this away from me. I am able to speak freely, as evidenced through this letter. I can organize in opposition to you.

Our greatness does not come from the fear you harbor. It comes from our devotion to progress. It is born through unity, through tolerance, through acceptance, through giving a voice to those unheard and working to constantly progress for a better future.

The bells of change are ringing. You are sparking a revolution in this country. Through your election, a fire has been lit in the hearts of all that fear the establishment–the establishment you so strongly oppose. By the end of your term, the winds of revolution will be soaring; your four years will do exactly what you want.

They will make for a change in this country. They will awaken the politically unaware. They will impassion the quiet. Out of hatred flies the phoenix of rebirth; you can be certain that this phoenix will represent the true greatness of this country: equality of all men and the pursuit of happiness. Excuse my French, but we will finally have a true drive for “liberté, égalité, et fraternité.”

Finally, I would like you to know that I will not leave. I am not moving to Canada. I do not have a one-way ticket for Europe. I am here, watching, ready to fight for my rights and the rights of my fellow Americans. I stand with the millions of Americans you will try to deport. I stand with Planned Parenthood. I stand with Standing Rock. I stand, most importantly, against you. With your win, we are forced to pay attention. We can no longer be complacent.

Regard us as your watchdogs. An era of unrivaled political involvement is the accessory to your inauguration. You have singlehandedly inspired a generation to act.

Thank you, Mr. Trump. You have reminded millions of Americans that change is necessary. You can be sure to expect some in the coming years; yet it will be at the hands of the people, not the privileged.

6 Comments on An Open Letter to Donald Trump