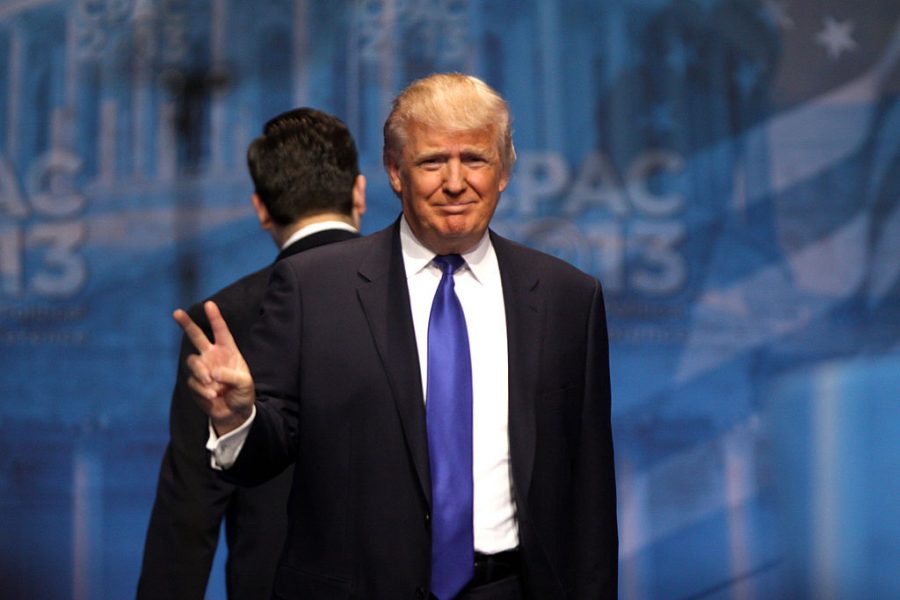 Some people believe that Donald Trump will not be a good president due to his loud mouth and aggressive words. However, he has many great qualities and beliefs that will make this nation thrive.

First of all, Donald Trump is extremely tough and speaks about what he believes.

Although there has been a number of times where he has come off as arrogant, he will run America greatly because he does not lack a backbone. Due to his stubbornness, Trump will create deals that benefit Americans.

Trump will be able to make these deals easily, since it is what he has done his entire life as a businessman. To him, any deal is important, no matter the size. Due to his confidence and belief in his self-worth, he will not be afraid to make deals and agreements with anyone. This is already well-known, as we have seen that he is not scared to state his intentions to people.

It is clear that Trump knows how to run a business; it is even more clear that he knows how to do it well. Although running America will be the biggest business of all time, with Trump’s success in his vast company, he is sure to do a good job. However, running his business has not been his only job.

If one thinks about his show The Apprentice, he obviously has the highest standards for everyone. This means that you can expect him to have these same standards for government employees. Many people may believe that this will lead him to fire many people and create instability, however there is no problem with improving good with better.

He has stated numerous times that education is key. This could be a hint towards him investing money to create a better education system. It is guaranteed that he will encourage people to be more educated than ever before, which will lead to a more prosperous country.

Fortunately, since Trump funded his own campaign and has his own set of beliefs, he will not have to succumb to any political parties or lobbies. Can you imagine him believing that any politician is completely correct without putting in his own input? If he believes that something is better for the American people, Trump will pursue it, no matter who he upsets along the way.

Through Donald Trump’s eyes, America will be great at everything. Trump will not only ensure that he makes America great, but that it will stay that way, even against the most difficult opponents. He will stop at no level to make sure this goal stays a reality.

Every president has laws that they like, and laws that they would like to change. However, Trump believes that they do not need to be bothered with for the most part, because they have largely worked. Instead of focusing on small laws that hurt and annoy individual groups of Americans, Trump would focus on pressing issues. He is a passionate protector of the Constitution, so when he is in the White House, do not expect to see a large number of laws passed.

Although this is a controversial topic, Trump is definitely a defender of the borders. He may go about discussing this topic the wrong way, but if you look at the true idea, it is very beneficial for the country. Trump knows that immigration is a large issue, and that many people fear the way that the country is going. With him in the White House, there is guaranteed to be increases in border security.

Finally, with Trump as president, you will never know what to expect. Due to his impulsiveness, he could say or do anything out of the blue, creating an exciting ride. There may be times when you are wondering what he is saying or thinking, but he will create political discussions unlike ever before.

America will be put back in its proper place.