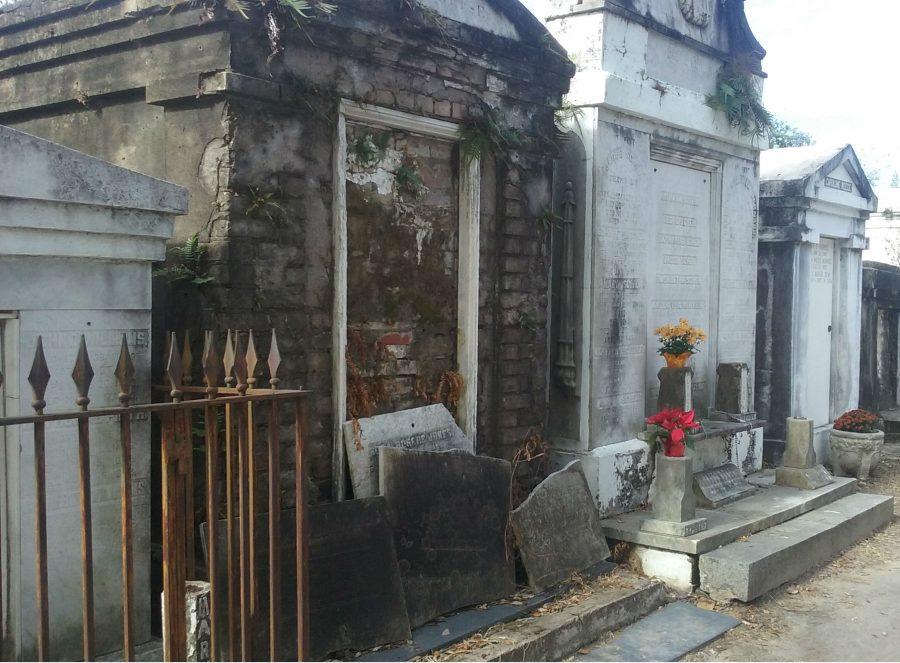 The disappointment in falling in love through pictures is that you simply can’t be blinded by the beauty of images. Not all pictures lie, but there are ones that simply depict everything you’ve ever hoped for, and don’t turn out to be true. In New Orleans, there’s the famous French Quarter, but the pictures aren’t entirely accurate. The real place is gritty, dirty, nasty, not safe for TV. People aren’t friendly, there’s not really a safe place to stop and rest. It’s beyond crowded, and there’s barely any space to breathe. The only thing that lives up to the pictures is the architecture. The gorgeous structures and beautiful colors.

The best part of falling in love in person, is that there was no expectation, no heartbreak, and no sadness. The gorgeous cemeteries that reside anywhere in New Orleans. The tombs lay above ground, there are buildings to house the dead, walls filled with caskets, and flowers everywhere. Some graves were made of stone, and some covered with granite. Rust, decay, and dead leaves are everywhere. But it’s a gorgeous world. Sometimes there are gates, to make it look a bit classy. But after years of going through rain and storms, it’s rusted. Rusted, falling apart, broken. There are cracks in some buildings, and faces broken. Some bodies have been there for ages, decades, eras. The furthest date to cross my eyes was 1809. Some are fairly new; the most recent date I saw was 2015.

The contradiction between the two is one causes heartbreak, and the other causes the heart to race. One causes waves of sadness, and the other causes fireworks of happiness. The French Quarter was a let down, with it’s horrid people, stench, and lack of space. However, the cemeteries were an utter surprise. With caskets above the ground, and houses to hold the dead. Leaves and tress everywhere, bringing beauty to death. I don’t regret either experience, but I do have a favorite. Rather than be haunted by the fear of death, these graves invoke elegance.