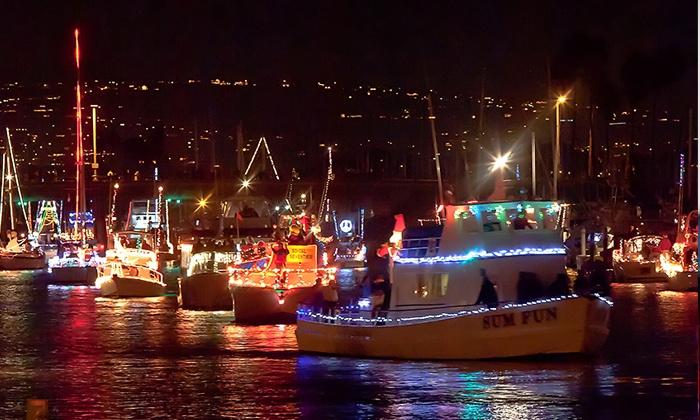 In the season of sweaters and holiday songs, it’s the time for lights to illuminate houses, streets, and in this case, the Dana Point Harbor. This past weekend, the city of Dana Point hosted the first weekend of their 42nd annual Boat Parade of Lights. The parade began at the mouth of the harbor and continued past the Dana Wharf all the way down to the Waterman’s Restaurant. From there, the boats turned at the bridge and then continued towards the Ocean Institute.

Anna Schwartz, a junior at San Clemente High School, has been participating in the parade for five years and says that the pa 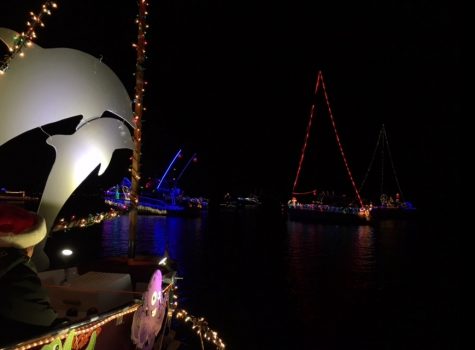 rade “has really become a tradition for me and my younger brother, Andrew, to be on the boat representing the Dana West Yacht
Club Junior Sailing program”. She loves participating because “seeing all of the creativity that goes into decorating boats while sipping hot chocolate and singing carols” really gets her into the holiday spirit.

The theme of this year’s parade was “Under the Sea”, an opportunity for boat owners to incorporate characters from movies such as Finding Dory; one participant even went so far as to project the movie onto a large sail. Another featured choreographed dancing on the back of the boat to holiday music. With the fishy theme, decorators were able to incorporate many sea creatures, including turtles, dolphins, and even animated mermaids. In order to follow the guidelines of the theme, junior Lily Maranto “made sure to use a lot of blue lights to represent the ocean and made fish by wrapping lights around wires” on her family boat. Maranto enjoys “being able to combine creativity with the season” in this annual event.

Competitors in the parade not only decorated their boats for fun, but also to succeed in winni 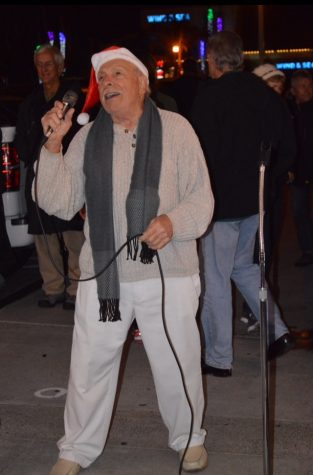 ng many awards, such as: Best Theme, Best Use of Lights, and Most Original, along with many other awards and prizes. It is not a requirement for boats to participate in every one of the four nights, however their attendance affects the scoring of the judges. Starting in June, boat owners begin to plan out their ideas, hoping to put on the best display for the city.

Dana Point Harbor decorated itself with lights to mimic the bright event, showcasing trees of different colors, poles garnished to look like candy canes, and even a walkway of many bright colors. Within the sea of lights, musical entertainment added to the magic of the parade. Steve D’arca (pictured on right), a regular singer at the harbor, charmed the audience with renditions of traditional holiday songs, as well as the classic song “Fly Me to the Moon” by Frank Sinatra. A lover of jitterbugging and swing dancing, D’arca wanted to “share music that makes people want to get up and dance.”

The second weekend of the Boat Parade of Lights takes place this coming weekend, December 16 and 17, starting at 7:30pm and ending around 9:00 pm. The parade is a fun and festive way to celebrate the upcoming holidays, so be sure to stop by and take in the lights!