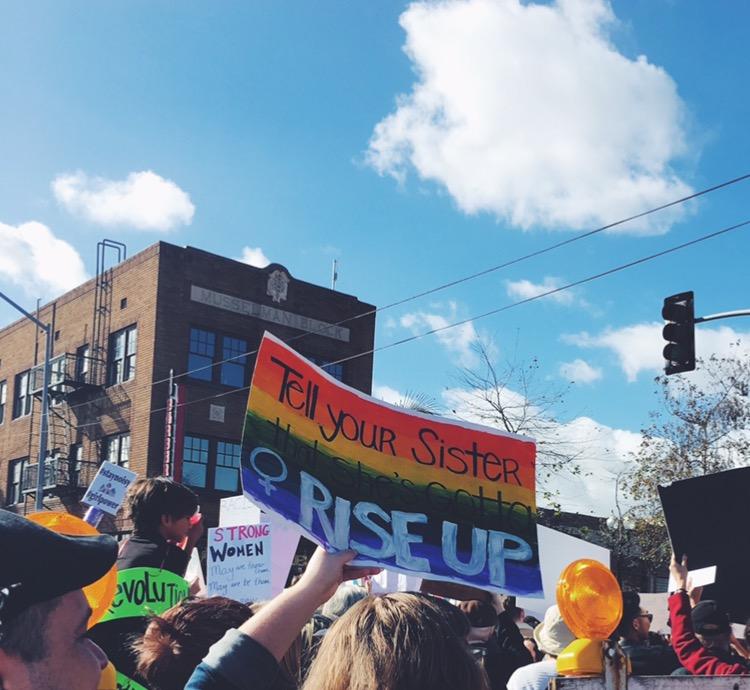 On January 21st, 2017 over a million people all across the world joined together with a clamoring voice demanding recognition. Sparked from the discontent of the recent election, women, men, young and old of all races, and identities united in what would become one of the largest demonstrations in American history.

At the dawn of each march, various organizations and public figures conducted speeches. Celebrity speakers, singers, actors, and actresses all attended. Of the many speeches, one of the most memorable was Ashley Judd’s performance of “I Am Nasty Women,” a poem written by 19-year-old Nina Mariah Donovan. This poem created a world wide social media trend that utilized the power of hashtags. #Nastywomen along with various other hashtags and slogans have become a tool for women to reclaim recent statements that label femininity as a submissive and limited identity. This outlet for empowerment and transformation have played a key role in this movement, creating a wave of exuberant feminists (men included) unwilling to allow the progress of women and of all people with a history of  oppression to step back into the past.

Recently elected President Donald Trump played a major role in the eye of opposition at the Women’s March. Although this was not in fact the main objective. This was no ordinary movement simply in protest of one man, This was a march that hoped to highlight injustices against all human beings alike and focus on recognition for movements such as Black Lives Matter, and discrimination against Muslim Americans, this march aimed to demand  the basic necessity of human rights.

Scheduled for the first official day of Donald Trump’s presidency, this march and its many participants across the country sent a strong message to our new president. The official Women’s March organization published their platform days before, as to ensure everyone, both participants and the outsiders looking in, that this march was much more than just a strike against Trump. As stated on the official Women’s March page, “Women’s rights are human rights and human rights are women’s rights.”

The march was crafted on 10 basic actions, the heart of this mass demonstration was based on these teen principles, all quotes regarding description of these ten guidelines are taken directly from the Women’s march website. The first, Ending Violence, which addressed justice in police brutality and ending racial profiling. As stated on the official website “It is our moral imperative to dismantle the gender and racial inequalities within the criminal justice system.”

Secondly Reproductive Rights which regarded facilities such as planned parenthood. “We believe in Reproductive freedom.” The co-founders of the Women’s march said “This means open access to safe, legal, affordable abortion and birth control for all people.”

Worker’s rights  “We believe in an economy powered by transparency, accountability, security, and equity.

Civil Rights ” We believe that Civil Rights are our birthright, including voting rights, freedom to worship without fear of intimidation or harassment, freedom of speech, and protection for all citizens.”

Immigrant Rights “Rooted in the promise of America’s call for huddled masses yearning to breath free, we believe in immigrant and refugee rights regardless of status or country origin.”

Environmental justice “We believe that every person and every community in our nation has the right to clean water, clean air, and access to and enjoyment of public lands.”

With such a versatile purpose, the march was crowded with so many individualistic concerns yet managed to all unite under. Crowds emitted a soft pink as many people coordinated to wear pink hats in the shape of a cats ears, as to reclaim statements by Trump claiming he could grab women by their genitals (not consensually.)

Many diverse voices rang through the streets of Washington D.C., Los Angeles, Boston, San Diego, and many other states. I was fortunate enough to hear from a few of the participants who marched in San Diego and Downtown Santa Ana.

I asked the women a few simple questions to gauge the diversity and individualistic aspect of this comprehensive day:

Why did they march? And what did they think was the most powerful part of the march?

Ms. Schmidt: “I marched with my daughter and partner because, Like Dr.King, I believe demonstration is the first step to democratic action”  In regards to her motive Ms.Schmidt was knees on participating because she wanted to “Participate in an act of solidarity with other Americans who share a Vision for progressive democracy, Rather than the of that is currently offered.” 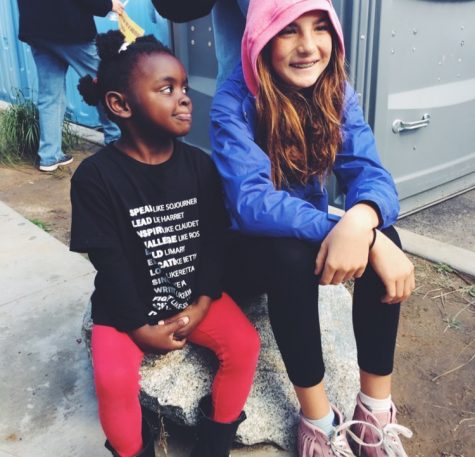 “The most powerful part was seeing the diversity of people” she continued “People were holding signs that were closest to their hearts. I loved seeing so many families there. I caught a man explaining a rally speech to his little boy. That was really beautiful.”

Tess Mechalas, a Junior who marched alongside planned parenthood in San Diego: “I marched to help give not just women, but all minorities a voice. This is going to be a rough four years for many people and this was a great way to stand our ground and stand up for each other.”

“The March became about so much more than women. I felt a huge connection with everyone there, I was able to meet new people and it was really empowering.”

Centehua Deneken and Her daughter Eva whom both marched in San Diego:  “ I marched to stand up in unison with my brothers and sisters who demand basic human rights. I marched for my daughter’s future. I marched for peace and love inter-sexual and interracial inclusion.”

Eva: “I marched so that our voices would be heard.”

Centehua: “The diversity! It was so powerful to see old and young, poor, rich, men and women chanting and dancing for a better world. It was powerful to March with my daughter knowing that she will someday tell her children of this historic day.”

The power of unity was prevalent in this demonstration as it and the many participants have sparked a flame of progression. A revolution of the 21st century has engraved itself and earned a place as one of the largest demonstrations in American history. With an estimated 500,000 people in Washington D.C. and estimated 2,600,000 worldwide this movement is bold, unapologetic and vast.

2 Comments on The Women’s March