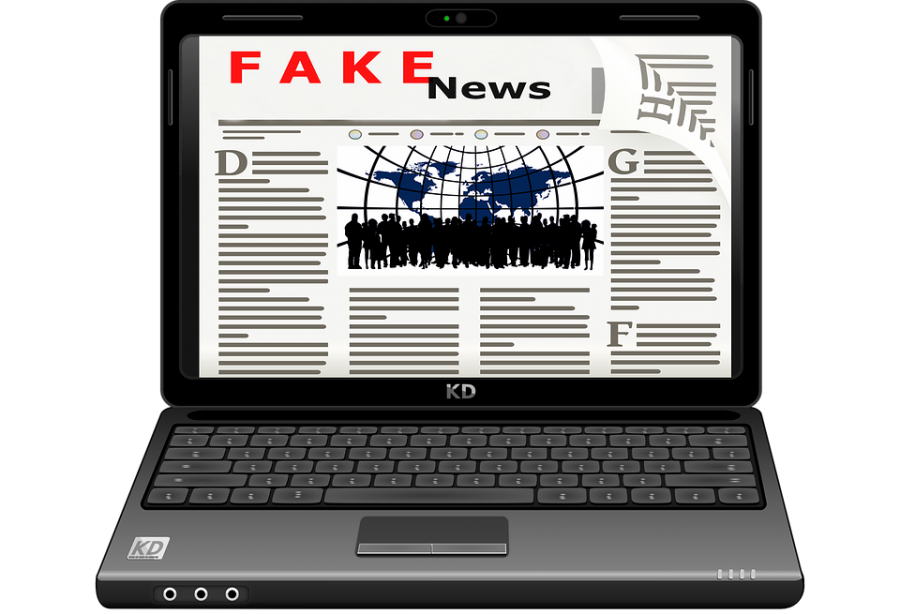 ‘This just in, Shaquille O’Neal has broken out of the Earth’s atmosphere with a single leap, discovers ancient, invisible moon men, and declares his plot for world domination.’ An article with this headline would make anyone skeptical about its legitimacy and most people would ignore it, recognizing it as a piece of fake news.

But what about something like this: ‘Iraq enacts new law which prohibits the sale and use of all foreign imports.’ Fake or not? Sometimes it’s hard to tell just by reading the headline, or even the entire article. This headline was made up in a matter of seconds, an ability which any news writer could accomplish with similar ease. At first glance, this headline sounds fine, with nothing too abnormal. No supernatural events which make it instantly jump out as ‘fake’, and since the “law” was enacted in a foreign place, especially from a country in the Middle East, the average person would think it has the possibility of being real.

So, if I hadn’t told you the article was fake, how would you have known? While sometimes it might be a bit difficult to figure out, there are a number of ways to identify and separate fake news from real news on your own. Here are just a few:

Notice who is publishing the article.
On the internet, there are some websites who exist specifically to publish fake news for the sole purpose of entertainment. Sites like The Onion, AmplifyingGlass, and The Spoof are some examples of fake news websites with the common theme of satire. Before taking an article as real, look up a list of commonly known fake news websites and see if one of them fit with the publisher.

Read the complete article.
One of the ways in which people can become misinformed is through just reading the title or headline. What people seem to forget is that titles and headlines are there to make you interested enough to click on the article, not to deliver the entire story. Even some factual articles might give people who just read the title the wrong idea.

Do your research, don’t trust just one source.
When a piece of news belongs to just one website, there is a good chance that such news is false. To ensure that you are getting the right information, search around to see if any other sites have written about the same thing. A real event is bound to be picked up by many news organizations whereas fake news is usually specific to that particular website. While there are exceptions for local news websites who pick up stories specific to that region or city, it is still a good idea to try and find the same information on a different news site, for the same area, if there is one.

Fact check.
Many times, articles will bend the truth to make a story more interesting. Whether it’s something completely untrue, a quote used in the wrong context, or an image with no similarity to the real event, it is good practice to make sure that what the article says makes sense through checking each piece displayed as ‘fact’. Fact checking is an important step to staying informed without getting the wrong information, and is easily done through a number of websites specifically designed to gut out the fabricated information.

Does it provide evidence?
If the facts provided by an article are empty and without evidence to support them, the legitimacy of the article should be put into question.

By using these methods and questioning every article, the likelihood of being misinformed goes down significantly. In an era where news travels fast, and everyone is trying to stay up to date, it is the responsibility of both the publisher and reader to ensure that the information is correct.