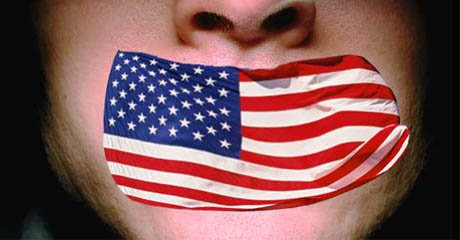 Stephen Colbert, an alum of the massively popular Daily Show, is an established opponent of Donald Trump. His late night talk show runs rampant with insults of the new President and his administration. Inevitably, some jokes are more withering than others.

A recent monologue addressed yet another Trump related controversy in his great war against the established press, abruptly ending an interview in which journalist John Dickinson questioned the claims published on the President’s personal Twitter account that he was wiretapped by the Obama administration. It devolved into a torrent of insults, including one mocking Trump’s alleged intimacy with Russia with the use of vulgar language.

The joke attracted a maelstrom of popular hate from people who feel the remarks made were homophobic, which made some mocking suggestions about Trump and Russian President Vladimir Putin. #FireColbert trended on Twitter as some perceived the remarks as distasteful, disrespectful, and ill-fitting for a late night personality whose rhetoric influences how his viewers formulate their own political opinions.

Free speech has been at the center of a raging battle between the liberal and conservative parties of America, whose political and social disagreements have escalated into a black and white debate over good and evil–and freedom of speech doesn’t pick sides. It doesn’t scream patriotic epithets on the Fourth of July or decry the entire nation and its government as lost. Both sides of the political spectrum have been attempting to claim ownership while accusing the other of doing just that; the hypocrisy is rampant on both sides. If Colbert is unable to use vulgar language and insinuations in an attack on Trump, why is Trump able to make baseless and at times spiteful claims against political and personal enemies on his Twitter, which reaches millions of people?

Where is the line between freedom of speech and libel drawn?

In a day and age in which partisan polarization frays the Constitution at its seams, it is imperative to many that freedom of speech is explicitly defined and enforced. Yet, in a democracy, it cannot be. A democracy accepts the opinions of all its citizens, even those who want to watch the world burn. Listening to things we don’t like and accepting our opponent’s right to say them is the hallmark of an effective democracy. It forces everyone to branch beyond their personal perspectives on the world and consider, even if only briefly, new possibilities.

This allows for societal evolution in tune with the rapidly changing world; it keeps America awake, invested, and prepared to face new adversities both at home and abroad. While allowing for genuinely free speech will generate controversy and will breed some level of political stalemate, if the United States loses its identity as a nation that will protect the inherent freedoms it is founded upon, it itself is an agent of hypocrisy and not capable of effectively spreading its values to other nations.

If the United States wishes to retain its stature, both strategically and ideologically, it must respect the right of Trump to say something hostile and undeveloped and Colbert to criticize him for it with his own hostile words. It may be ugly, it may seem to enable hatred and sectional divisions, but it is healthier than pretending such divisions don’t exist. It is the people’s responsibility to hold government accountable and enact change.

So, if Trump’s policies strike one as unjust and intolerable, they have every right to protest it and take action to dismantle them, just as Trump supporters and others are enabled to attack Colbert if they believe the language he uses is not conducive to the public good.

In the political disarray of the last year, very little has been proven cold, hard fact. But this has – how the public reacts to the words used by others – driven the direction of this nation, not the words themselves. This truth must be respected by both sides if the United States wants to emerge wiser and stronger from this time of great turmoil and division.

2 Comments on How Free is Freedom of Speech?