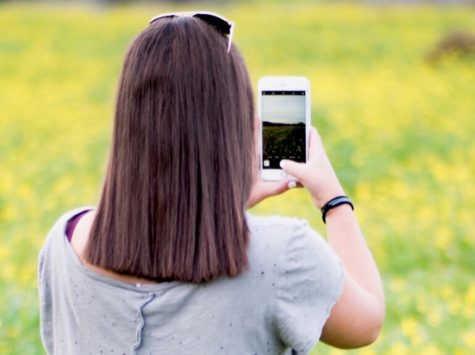 The popularity of social media over the past 10 years has grown dramatically. Increasing each year, social media has gone from having sites such as Friendster, MySpace, and Flickr appealing to certain target audiences, to appealing towards a wide-range of media surfers looking for all varieties of online amusement such as Instagram, Facebook, and Twitter.

Transitioning from surfing the internet on a desktop, channeling different separate sites for photos, videos, and communication with friends, we are now capable of accessing the world in the palm of our hands with the development of smart phones and accessing all of the different interests in media into one site. The age in social media users has grown to adapt to a wider audience going from 41%  of users appealing to ages 18-29 year olds in 2006, increasing to 92% of teens using the internet everyday. With this increase of social media users, we often forget the negative affect that social media could have on all of these “internet-savvy” teens.

Studies have shown that over 30 million teens have been suffering from an eating disorder in the U.S. Many of them (7.5 million) have Body Dysmorphia (BDD) and 20% of teens experience depression before they reach adulthood. This increase of eating disorders in America is due to none other than the growth of social media within young teens. With young girls following models and movie stars acting as their “role-model”, they are forced to assume that to become the most like their “role-model”, that they must try to become the same size as them. The mistake that most young girls make is that they are uneducated on the fact that most celebrities and models use photo-shop to touch up their images to make their figures look smaller in some areas and bigger in others. Without the knowledge of this lifestyle, girls are under the impression that their lifestyles are realistic and can be accomplished for them as well. With this impression, many girls are looking to the fastest ways that they can lose weight, not through exercise, but through not eating. This absence of food serves as a stepping stone to developing eating disorders that effect 30 million teens. 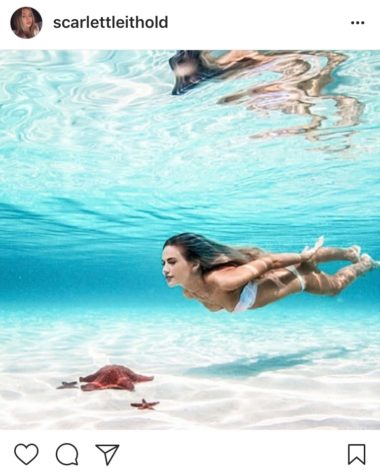 Girls are not the only ones altering their lifestyles to fit their desired “role-models”, boys are as well. The only difference is that not only are they altering their bodies, they are altering their personal traits to appeal as the most admired. Young men often glance at social media to find examples that exemplify athleticism and power. These two traits are seen as crucial to be seen as a “man” and desire to do whatever is possible to accomplish these traits. Alteration to their bodies often occur because of their desire to have the “perfect” chiseled body, or to be the star football player. Boys young and old change their interests to maintain the mentality of the powerful and athletic boys that they claim to be. Males interested in computers or science and tend to sit in the back of the class, get shunned by their peers and are seen as inferior to the other males posing more dominate in the classroom environment.

A decrease in self esteem is a very common side effect to mass media. Swiping through images of desired lifestyles often makes people that do not experience that lifestyle think of the negative reasons of why they do not live the life that they wish to live, causing them to become depressed. We interviewed two students at San Clemente High School, Peyton Brown (P), junior, and Lindsey Waikle (L), sophomore, to learn their opinions on this controversial topic.

What age did you start social media?

P: I started social media when I was about 13 years old.

L: I think I was in 5th grade when I got an Instagram.

What sites are you on the most? 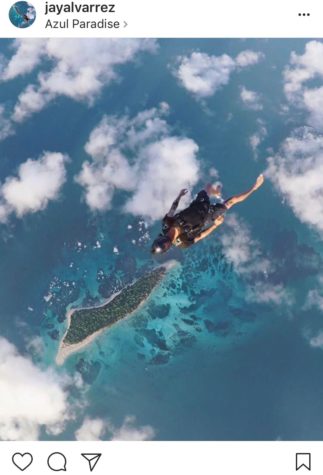 What are some positive impacts that social media has had on you?

P: I look at it as “self-motivation” like if I see a cool picture, or a fun new recipe, or a fashion style, I believe it motivates you to accomplish those things that you thought were super cool.”

L: Kind of the same as Peyton… I think social media serves as a site to follow people and to reflect on yourself of what you want to become.

Have you had any negative impacts from social media?

P: It takes up so much of my time and I could be using my time more wisely by cleaning my room, or studying but instead I will be on my phone.

L: Our phones are SO INCREDIBLY time consuming. I’d glance at the clock to see it read 4:15pm and glance back down at my phone. By the next time I pick up my head, it would read 7:37pm. That is three hours of my day that I will never get back.

Does social media cause self-esteem issues for teens?

P: Yes, but not for me. I personally do not have a lot of interest in what people think of me. If I am happy with who I am, then I am happy.

L: Absolutely! In general, most girls look at other girls and say “wow I wish I looked like that” and become super depressed

Has social media made you feel pressured to alter your body?

P: Yes, but more in the sense of self-motivation to eat healthier or to have a healthier lifestyle.

L: Yeah, although it definitely matters on the people that you follow on social media. 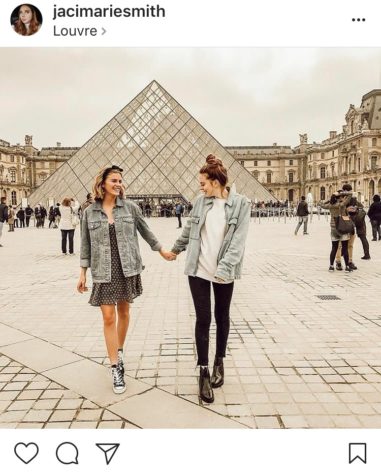 ow much does who you follow on social media sites effect the pressures?

P: It is so important to take a look at who you follow on social media. All of your followers should be improving you and making you happy and that can benefit you in your life in some way, shape, or form.

L: If you follow someone like Alexis Ren (@alexisren), who has had rumors that she surgically removed two of her ribs so that her waist would become smaller, might steer girls into a more unrealistic mindset of achieving this body type, and then causing them to become depressed because they cannot achieve this unachievable lifestyle.

To prevent these negatives, be sure to limit the time you spend on social media. By limiting the hours wasted on the phone, students can leave more time to experience new activities that they are interested in, such as sports, music, clubs, etc.  If students learn to enjoy what they can do instead of how they can look and what they own, many students may live a happier life.