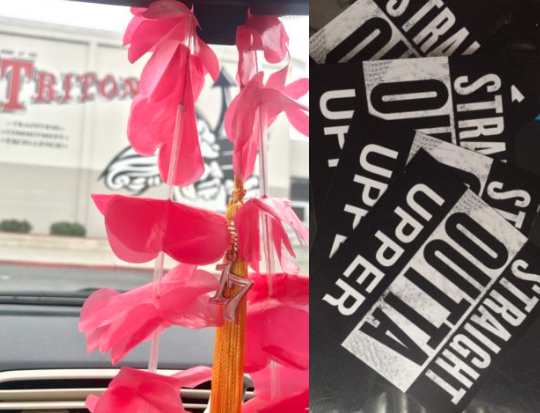 Whether you are fourteen, eighteen, younger, older, or somewhere in between, there is a feeling of insatiable shakiness familiar to everyone: the feeling of change.

Going from the big-fish-in-the-pond to the skittish minnow is the same whether you’re leaving middle school or starting college.  Scared, eager, anxious, four years apart but all the same.

The barrage of work for high school freshmen within the first few days could make anyone succumb to the world of morning caffeine doses. My fellow seniors who had given coffee up “for health reasons” are coming to terms that it is practically a syllabus requirement for their next year 8 a.m. English composition class.

Not having a car is going to be a serious problem in both situations, because you feel you are mature enough to have one, yet you still have to rely on upperclassmen for rides.

Mom will certainly take a photo of you when she drops you off for the last first day of your high school or college career. She will be crying, no doubt. But maybe this is where the difference lies. First day of high school you roll your eyes, jump out of the car as fast as possible, and maybe throw a wave back. When you give her the last hug as she leaves you in your dorm you’ll be crying, because by the time you’ve graduated high school you want to throw the brakes on life. You realize you need to appreciate everything a bit more, because in the wise words of Ferris Bueller, “Life moves pretty fast, and if you don’t stop every once in awhile and look around you might miss it.”

So therein lies the real difference between being a senior and being a freshman: change. Whether you are ready for it or not, whether you’re going into high school or college, whether you’re ready to leave your friends, your family, whether you’re bearing black and red next year or green and yellow, the feelings are all the same. And as a glorious end to the circle of life that is high school, the class of 2017 will trek the freshmen hill on June 1st, bearing their cap and gown with one foot still in the world of the Tritons, and the other stepping forward into the next leg of the race.