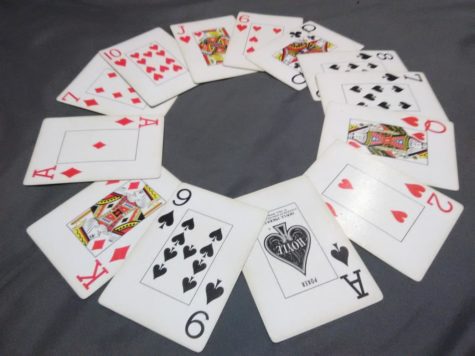 On the night of the fourth of July, in a small, commodious little tavern near the edge of the Swansea coast called The Bay View, we, the Driscolls and the Mosses, were all burnt-out from an evening of merriment like the many butts of a case of cigarettes. The oil lamps were alight in the darkness without, and the general attitude of the company was of a fatigued sense of indifference.

My mother, father, grandmother, and uncle had been engaged in conversation on the subject of the northern baroque painters of the 17th century – it was known that I had of late required my first reproduction Vermeer, “Young Woman with a water pitcher”. All my Moss cousins, Thomas, Bildadd, Peleg, and Kelsey – all of which being bearded to some greater or lesser degree – had taken up stiff little volumes of “the pearl”, a lewd magazine from the days of Dickens of which they regarded with especially facetious dispositions; even Kelsey, the youngest of the four, aged sixteen. Peleg’s missus Abigail sat solitary at the bar, exchanging a few words with a woman of hawk-like features similar to her won, she even had the synonymous capacious cheeks of a squirrel that made Abigail an odd bird in her school days and which still persisted to this day, except her interlocutor was a pale English governess as opposed to her own tawny Welsh physique and the fact that she herself was a seamstress; they debated whether a man who walked about the streets in top hats really did possess a substantial fortune of not. My Aunt Gertrude, whose belly had swelled up to the size of a medicine ball, sat away from the main group at the right side of the tavern in a Windsor chair so as to placidly digest her large supper of mutton, bread, and beer. As for me and my brother, Benson, we were saturated in the tepid soup of boredom, and, for neither of us drank, there seemed no real propitious way to pass the dwindling hours of the evening (it was half past ten presently). That was until I remembered to produce the deck of cards I always carried with me when need be.

It was a fairly nice deck in the extreme, one of the first put out by Carti Mundi in their heyday, but it was much the worse for wear. The edges were well-thumbed like those of a paperback from years of hard shuffling, the suicide king was edited slightly with a red pen out of my own macabre levity, and the jokers were for ever missing so that more games could be played. With this, having received it for Christmas ten years ago – I being twenty now – I have played and won many a game from speed, to gin, to the ever notorious bridge, and was expected to continue in the prospect for years to come.   Tonight, another game would be played, Benson being solicitous enough to encourage the rest of our family to partake in the endeavor. And there poses the question. Which game shall we play?

“I don’t know,” said he sarcastically. “We seemed to have played every game out there three times over, if not once before.”

“Well,” I said.“That might be the case for us two. But the others, why, they could hardly distinguish poker from tarot. So why not be platitudinous for old times’ sake?”

Benson pondered on the subject for a bit.

“If you put it that way, I suppose that there’s every reason to employ monotony.”

At this point, the rest of our party had thought it pertinent to all light a cigarette in unison, filling the tavern with ubiquitous smoke, making it an oversized humidor.

“Let us make it so,” Benson finally declared.

“Right-ho,” I said, and Benson, who attempted to garner the attention of the lot of our family at first, was able to induce Thomas and Bildad, the only two of our cousins who possessed the fullest form of Vandyke beards. “So, shall we have a match of bridge?”

“Besides,” Benson intervened, “it’s much too late in the evening for bridge. Should we have started three hours ago, then perhaps that would have been the best choice of game.”

“Alright, then,” I said, a little perturbed at the combined flippancy of my cousin and brother. “Poker anyone?”

“Much too dull, I think,” said Bildad, though oddly enough, he was then best poker player I knew. “Why not present a little variety to your guests?”

“You’re far too young to start gamboling, brother,” said Benson, making a feeble attempt at remonstrance. Surreptitiously, I often won money at bridge up at Monmouthshire. “How about, good ol’ speed?”

“What a bore,” I said. “Other than bridge, that seems our most exhausted game we’ve had the pleasure to know.” I then began to ostentatiously ape the mechanics of the aforementioned game, setting down each imaginary card with indignant celerity – I vowed never to present the deck unless it had been decided what we were to play – and shouting out various numbers and ranks of royalty as to expose to our group my brother’s folly.

At this, Benson put it upon himself to suppress my insolence, squalling a few curt Cymraeg obscenities at me, the most prevalent of which being bechod and restraining my arms as to nearly snap them in half. However, I reciprocated and broke free from his grasp, leaping upon him like a dire wolf on an American bison trapped in a pool of effervescent asphalt. Soon, we rolled about the floor, tearing at each other’s clothes and hair, the remaining Driscolls and Mosses, and the other more frivolous bystanders present, watching as we carried on with our boisterous little quarrel. Thomas and Bildad made an effort to intervene and resolve the scuffle, but they were in vain. The raucous din, however, was soon relinquished; and in the most peculiar way.

“How about you play solitaire,” cried Abigail’s English doppelganger – her name was later revealed to be Beatrix Loughton – haughtily. A priggish grin suffused her countenance.

The duel broke thus, Benson retreating missing a few teeth and a bloodied moustache and I with little more than a broken nose, glaring at each other as we strutted o opposite sides of the floor. I contemplated Beatrix’s suggestion. It is true that I remembered a game called solitaire, and I did recall several persons of my stratum saying they enjoyed it fairly well, though I never played it. I thought that surely, if Benson was complacent enough to teach me, we could finally get somewhere this evening after all. So, regaining some confidence, I took up a position at the centre of the floor, puffed out my chest, and said, heartily:

On saying this, the whole of the tavern’s occupancy, including Benson and the stubborn tavern keeper, erupted in a cacophonous, deprecatory laughter.

And, for the life of me, I am not entirely sure why.