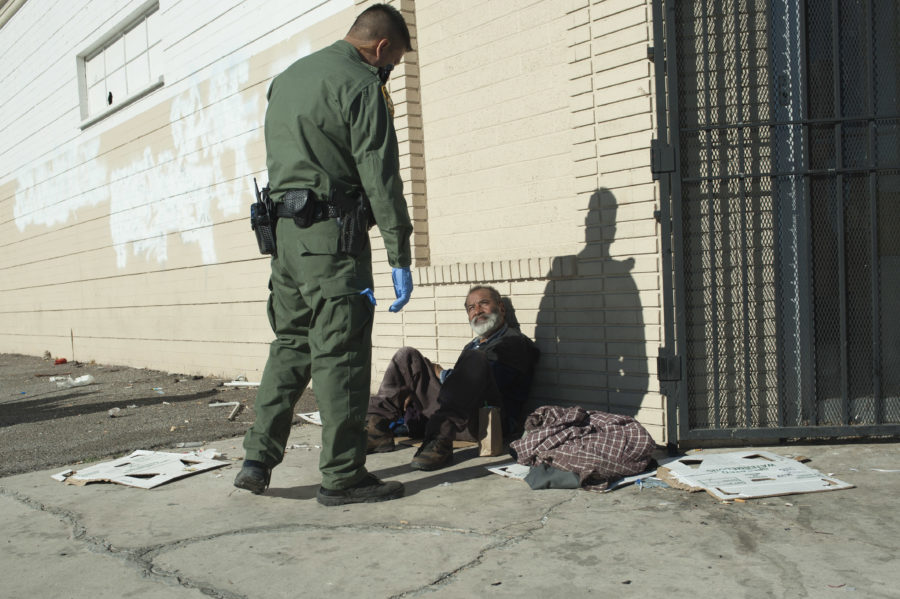 Homelessness is not a crime.

Unfortunately, as police continue to break up encampments and incarcerate the homeless population, they are restricting their access to social services, undercutting their odds of employability, closing off possible avenues out of homelessness, driving them into more remote areas, and exposing them to dangers from fire, robberies, assaults, and the elements.

Many people believe that law enforcement is too tolerant on crime and is failing to crack down and remove these “undesirables” from our communities. Their accusers are conflating homelessness with crime, and are casting a net over all homeless individuals, not just the few causing problems. If we don’t seek to understand the adverse impacts of increased police enforcement on the homeless, and we fail to respond to government’s actions that are driving increasing numbers onto our streets, we will be unsuccessful in implementing sustainable solutions to this disheartening issue.

According to a 2017 report by United Way, Orange County governmental and non-governmental entities spent a whopping $299 million to address homelessness in a 12-month period encompassing 2014-15. United Way estimated an average annual cost of services per capita for Housing First/Permanent Supportive Housing clients at 50% lower than for the chronically homeless ($51,587 versus $100,759). Taking into consideration the average cost of services per capita, United Way estimates yearly cost savings of $42 million through Housing First and Permanent Supportive Housing programs.

Recently, the Orange County Board of Supervisors disclosed the fact that there has been as much as $186 million in available funds for mental health programs over the past two years that has gone unused. At a point in time when there are hundreds of homeless individuals barely managing to survive on the streets of our county, it is despicable that earlier action was not taken. Fortunately, over the past few months, the Supervisors have voted to allocate roughly $90 million to create permanent supportive housing, as well as temporary homeless camps throughout the county. Until the homeless population is entirely housed, discriminatory legislation such as camping bans will allow law enforcement to target and incarcerate homeless individuals. Such policies may aim to improve the quality of life for city residents, but to the extent they do so is only by worsening the conditions for the homeless.