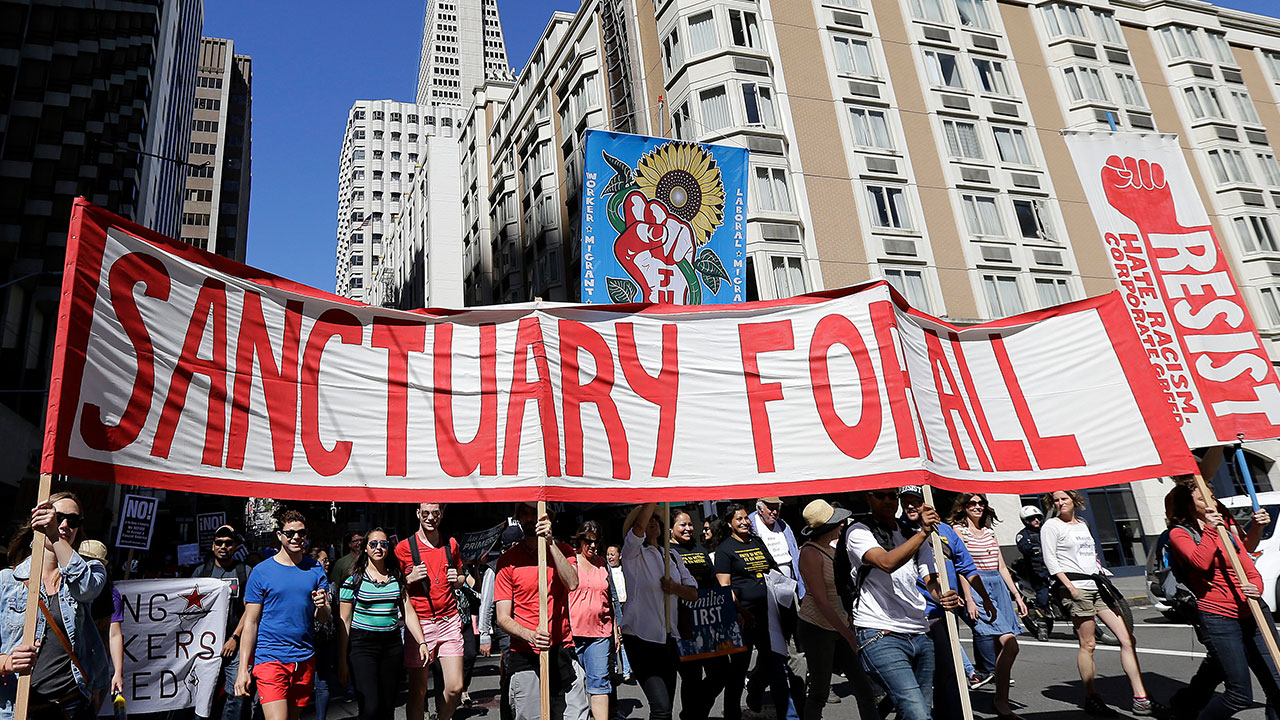 Since the 2016 election, immigration has declined, yet it remains one of the most polarized discussions in politics. Why does President Trump make such a fuss about immigration?

Trump recently announced that he is considering sending detained, illegal immigrants to sanctuary cities. Though White House officials attempted to downplay the claim, Trump contradicted them repeatedly and even challenged sanctuary cities to make good with their pro-immigrant ideals. Ironically, cities such as Chicago and New York responded with open arms.

The Center for Immigration Studies defines Sanctuary cities as “cities, counties, and states [that] have laws, ordinances, regulations, resolutions, policies, or other practices that obstruct immigration enforcement and shield criminals from ICE.” These cities prohibit agencies from complying with U.S. Immigration and Customs Enforcement (ICE) in order to prevent impending deportation. In a nutshell, government officials want local government agents to enforce immigration laws; however, sanctuary cities believe that enforcing immigration law could inhibit their community’s cooperation with the government.

“I think it’s good that we have sanctuary cities,” freshman Ava Wronski said. “They give people coming into the country a place where the feel safe.”

San Clemente is not a sanctuary city. The nearest city is Santa Ana, and the entirety of San Diego and Los Angeles Counties are sanctuaries as well.

However, Trump’s plan has some flaws. First, after these people are sent to these sanctuary cities, they can go wherever they please. Second this plan does not address any of the issues that Trump has campaigned on. Though there is no evidence that those who are coming to the United States and seeking asylum are terrorists, it would look pretty bad if Trump was giving a free pass to those who were.

“It’s kind of funny that this plan is flawed,” freshman Shea Blaney said. “He contradicts himself a lot.”

Third, Trump had used family separation as a deterrent, but now he has  provided an incentive: a one-way ticket to some of the United State’s major cities, which sounds far better than being detained.

In reality, it is hard to tell if Trump is truly considering this policy. Whatever the case, Trump did not receive the reaction he intended from the sanctuary cities.