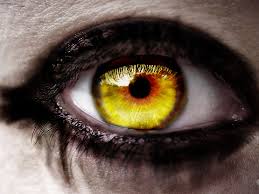 The crowd was gathered, but there were no words. The eyes watched solemnly as the rope hung taught. Most of the crowd walked away. There was nothing human left. The spirits that had gathered, hidden from sight, just watched. They stood there, silent, watching. One moved forward, its twisted limbs distorting as it strode toward the hanging husk. As it approached, something fell from the husk, crumpling on the ground. It was something no living being would see. As the spirit stood over it, a head slowly raised itself from the rest of the lump. The Twisted one extended a hand, helping the fallen being up. The Fallen One gazed into the eyes of the twisted… or what would have been eyes. With a breathless sigh, it knew its goal. The spirits dispersed, leaving the twisted and the fallen to do their work. They gazed at the husk on the rope for a few moments, before turning towards the village. The pair moved with a fluidity no mortal being could achieve, as if they were floating through the air. Two minds, one angry and spiteful, one focused and calculating.

The village was small, fifteen houses, some farms, and the shrine the pair had come from. “They deserve none of it, not after what they did… Who are they to condemn me?” asked The Fallen One.

“Then let them fear no more, for I shall make them understand.”

A single cinder, plucked from the burning heart of The Fallen One, was placed onto the ground.

“Take heart, my seed, and do my bidding. Take my passion, and take my spite, burn what you will, and leave but one in sight. That one shall be mine. Return them unscathed, with your masterful deceit.” The words were chanted, and the cinder knew its purpose, rushing to the nearest house. The sprits watched, as the spectacle began.

There were cries of “Fire!!” and “Get some water buckets!” but The Twisted One laughed, knowing the flames true power. Fueled by such passion, the flames would never extinguish. The Fallen One gazed in amazement at the power it had unleashed.

“There is time for that later. Now, we must focus. There,” The Twisted One pointed to a man, stumbling out of a building, but the fire avoided him “take him as your tribute.”

The Fallen One strode forward, anger building inside, it produced a rope, and went about its work.

The rope hung taught, as the village burned in the distance. The husk had been joined by another. There was something different though. No spirit fell to the ground. There was a beam of light, and the spirit within the husk was gone.

“Why is this possible?? Why does it not fall?” lamented The Fallen One.

“You have not changed. Your spite towards others has not withered, even in this form. You still do not understand.” The Twisted One explained.

“Then help me understand!”

“You must learn this yourself.”

The Twisted One turned, raising a doorway from the ground, and stepping through it. The doorway vanished.

The Fallen One let out a sigh and went about its work. A third rope hung taught, and a fourth, and a fifth. More and more The Fallen One lamented its existence.

When no more ropes could be hung taught, it sat and cried. It was The Lamenting One now. As it walked along the burned village streets, a paper flittered about in the wind. It snatched it out of the air, and read. It was a newspaper, from a neighboring village.

Reading that, it cried one last time, and flung itself into a fire of its own creation.