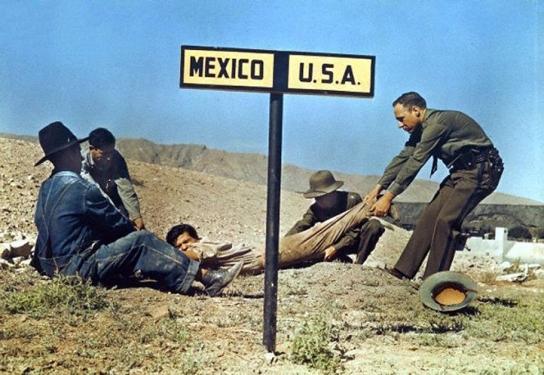 Illegal immigration, or the migration of people across national borders in a such way that violates the immigration laws of the destination country.

According to the Migration Policy Institute, illegal immigrants from Mexico make up at least 75% of the total illegal population in the following ten states: 89% of the populace in New Mexico, 84% in Arizona, 83% in Idaho, 82% in Wyoming, 78% in Colorado, 76% in Oklahoma and Wisconsin and 75% in Kansas, Oregon and in Texas. Throughout these states, half of the non-immigrant people noticed a decline in the illegal immigrant population from 2009 to 2015. Of all states, California saw the largest decline of these unauthorized immigrants, at a whopping 90,000 during the recorded 6 year period. Our Golden State is home to 1.6 million illegal immigrants from Mexico, the most in the nation.

Being so close to the border, San Clemente may soon face issues of illegal immigration that could arise in the near future. For Mexico being our closest foreign country, we as Americans can’t predict what the impact that future presidents will have on illegal immigration.

Arguably, there are many positive affects to the reception of illegal immigrants into our country. The economy will balance out while the high demand for low wage employees/workers will be fulfilled at all times. Illegal immigrants add to the tax system of the country as they will be paying sales taxes. Those who own properties will be forced to pay taxes, benefiting the country. These immigrants will also enjoy the country’s banking system and services, therefore paying dividends and interests to banks. Bluntly said, immigrants will do the backbreaking and cheap labor American citizens don’t want to do.

However, negative consequences could arise. If an immigrant commit a crime, if they do, they may decide to leave the country instead of taking responsibility for their offense. The population of the desired country will spike, possibly triggering a national burden. Cases of human trafficking will also have a chance of increasing. Most immigrants do not speak English, causing yet another rift in social balance. School funds will decrease dramatically, causing harm to the important education of America’s young future generations.

Only time will tell as the conflict over illegal immigrants develops in our country but I optimistically believe that this country was founded upon immigration and there will be more positive effects rather than negative.

2 Comments on Beyond the Border; Illegal Immigration and Its Impact