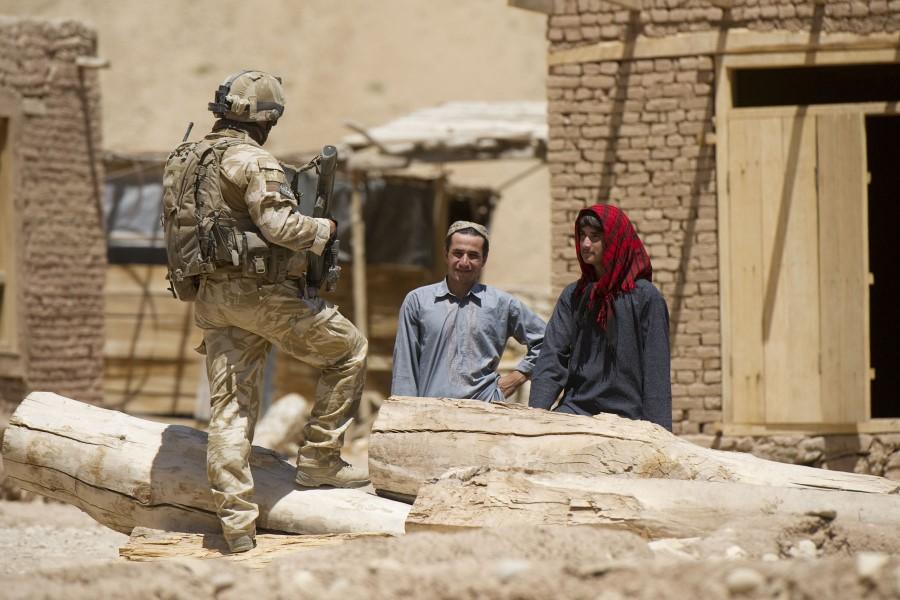 Religion is an unwieldy thing in its dreadfully human power to inspire and destroy. Passion is no virtue, and can be twisted to appease both the light and dark sides of human nature. Man and religion have become increasingly intertwined, and within some ideologies it is nearly impossible to know which is which. In an era in which war is one of the Middle East’s few consistencies and chaos is bubbling just underneath the surface, extremists have taken the region’s religious heart and created from its teachings an excitable monster that threatens to consume the last remnants of order and dress social anarchy as a savior.

If the progress of ISIS across Iraq and Syria is any indication, the black-and-white, unforgiving religion of thousands of years ago is advancing across a Middle East in which desolation is persistent and desire for something new and better is ubiquitous. The area’s religion, although emptied out by the gun to fit the weakness and greed of man,  remains a needed  balm to the aching human soul. This is something that, in general, eludes the West, in which sheltered, often emotionally muted lives are prevalent and profound turmoil is something observed from behind tinted glass. Religion is not as powerful here; life isn’t as depraved. For many, war is something of fantasy lands and life is not led in fear of fiery metal hurdling down from a smoky sky, slamming into wrecked life after life. Simply put, life is not hard enough to grant the first world a deep understanding of the survivalist instinct and the gnawing desire for relief.

Due to significant cultural disparity, coupled with vastly different circumstances, the roots of terrorist organizations such as al-Qaeda and ISIS are misperceived as secular and thus capable of being countered with reason and materialistic consequences.  It is failed to be seen as more than an ideological anomaly or a burst of radicalism, that, with the taming of the time, will recede. In actuality, Islamic terrorism is indeed a religion, and its goals elude those of Western countries. Its supporters are looking for something that transcends all the money and resources in the world: salvation.

By waging holy war and reestablishing a Muslim caliphate in the lands of the religion’s (both perceived and genuine) oppressors, jihadists believe their lives of suffering will be healed by a glorious afterlife. The religious ideology is steadfast and supported by harsh punishments for supposed “infidels” (nonbelievers) that followers believe are dictated in the Quran and by their holy prophet, Muhammad. They do not fear death, both because of their intense religious beliefs and because their lives are locked in a cruel stalemate of  bloodshed and poverty. This war is something all terrorists yearn to be a part of as they search both for redemption and for peace.

Therefore, military is, at best, a crippled solution. It only further destabilizes the region and alienates civilians from the West, which (in concordance with history) often appears imperialist and as an unabashed parasite on resources and people in the name of political maneuvering. Military-induced destruction only puts more lives under strain and makes jihad and its extravagant supernatural promises and prophecies more appealing. The presence of aid groups to help alleviate the suffering of war-stricken communities is vital in injecting hope and comfort back into daily life. History supports the notion that those living in comfort are not inclined to embrace jihad and extremist Islam; radicalism only springs out of dissatisfaction.

Economic sanctions pose a similar threat, as they expose the financial feebleness of the majority of civilians and, instead of weakening extremists, they expose social rifts that feed resentment and foster support for the black-and-white unity for violent groups , which in effect knocks down the last shaking pillars of civil society.

Students probed for their thoughts on how the West handles the violent religious radicalism expressed a distaste for war, which is proving itself to be the most captivating tool utilized by the West. Ariana Winsten,10, remarked that “we basically turned into terrorists ourselves during the War on Terror.”

Kathryn Thompson, 10,  also expressed concern about the futility of American intervention and its danger to our troops. However, economic sanctions were looked more positively upon because, as Thompson reasoned, “they seem peaceful and less people would get hurt.”

Therefore, it is clear that a formidable portion of the social consciousness is devoted to the protection of humanity against the perils of war, yet somehow other political toxins are able to cloak themselves in a facade of peace and earn the acceptance of a Western society that, still licking its wounds from previous futile endeavors abroad, almost always refuses to support war and outright intervention in another’s affairs. This betrays the true prevalence of the role of ignorance and confusion in constructing societal sentiment regarding the Middle East. The West is desperately lacking in sheer exposure to the issue, allowing governments to make relatively insulated decisions that are not in the best interest of its long-term goals and international perception.

If Western governments would adopt the mindset of those living in the throes of upheaval and understand the true motives and foundations of religious terror organizations, then a working, Western-backed solution is feasible. However, if they continue to observe with eyes blinded to the hurting lives and brilliant culture of the Middle East by the glare of bombs and rockets, then they will only deepen the tortured land’s crisis of religion as it struggles between beauty and chaos.