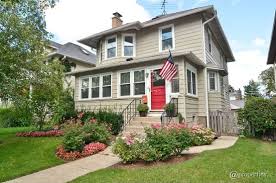 I woke up that morning in a house as grey and lifeless as the dreary April sky, crowded with clouds whose bellies hung low, swollen with the rains and sorrows of a pitiful creature who falls in love with tiny villages in the Midwest. Groggy beams of sunlight poked through the basement windows, casting grey on my shivering body and gaunt face, as terrified hands clung to old carpet and an industrial orange sleeping bag laid isolated halfway across the floor. I instantly fall victim to a raw, emptying pain as I absorb the pallor and oppression of a life dying. My home, which had for so long been the heartbeat of the family, pulsating with love day after day and year after year, was hacked to pieces, with only a four walled, roofed house with chipped grey paint and a cherry red door remaining.

My beautiful home at 1618 Wilmette Avenue was a gaping abyss, sucking me into a change and detachment that was voraciously eating away at my security and sense of belonging. My heart was already desperately trying to protect itself from the gluttonous agents of upheaval, setting up a frail armor of numbness and self-denial. I labored to stretch dormant legs and (futilely) rub a fogginess from dimmed eyes whose piercing brown orbs had receded behind the faintly detectable yet wholly present grief.

I went through the motions of getting myself dressed in a house, in a town, that no longer felt like it was mine to cherish. I walked numbly down the old sidewalks lighter and happier feet had tread so many times before. The oaks and maples were nurturing their first leaves of the season. Tulips, reclusive for so long, opened themselves up to me, the color overwhelming my fading eyes.. I smiled, a smile already sick with tugging nostalgia. Orange, the colors of these warm blooms, had always been my favorite color. I only had an hour to soak up the last remnants of a place that will always be my first love.

As I walked in the brisk April morning, I hear the comforting pitter-patter of cars driving past on the brick roads. I stopped to feel the bricks, bricks I had so often rode my bike on, bricks whose soft red hue transported me to a world 100 years prior, in which this beautiful village found life. I felt a sharp jolt through an already aching heart, the armor being shrugged off with each passing memory, my mind unable to ward off the strong waves of sorrow crashing through my senses and leaving my soul shaking and sputtering.

My mom had been with me the whole time. So have my four brothers. I hardly noticed them, a family that blends perfectly into the flimsy yet gnawing grey of the clouds overhead, clouds that only reminded me that I was soon to ascend into them, and become someone of somewhere else. My family fidgeted, struggling to hide their own uncertainty behind empty chatter and a robotic synchronization of arms, legs, heart, and lungs as they pulled themselves through what was quickly fading from present to past, from color to a grainy black and white, in what was “home”.

They, and I, tugged by powerlessness, turned around and headed back to the unvarnished coffin at 1618 Wilmette Ave. Within lied a tragically beautiful corpse built out of the wood of the summer maple trees, the adrenaline of a soccer game, the ease and independence of going out with friends alone, the excitement of a Saturday ice cream at Homer’s, and so much more, more than a simple, newly empty thing like me could never recognize. I recoiled at this corpse, at this rotting body of childhood perfection, as I recognized my face within the muddle of tortured beauty.

I don’t know why I remain hooked to the sweet melancholy and bitter macabre of my former home and why I shrouded myself in the corpse’s entrancing clothing even as I felt a need to leave.  Searching for closure I know I won’t find, I heavily trod upstairs to what I used to call my room. Quivering fingers, fingers of a girl much younger than I, softly whispered goodbye to the holes where I had nailed my ambitions, my family pictures, anything and everything that made that room an extension of me. My heart seized up as a searing pain overtook it, as if I had lost a limb.  I looked around.

I seemed to fade into a phantom, ghoulish shadow blanketing cold flesh and a shivering heart. The pain, the humanness was not covered, yet I felt as if I was gossamer, lightly draped in the fabric of old memories and old happiness that helped obscure some of sorrow already trying to tug at me. Yet as I continued to walk in circles around an already dusty room, I did feel an ever-present tug as I realized how gone I would soon be. All that was really left was my oppressive, lingering footstep on a rickety wood floor that audibly gasped as it felt my evaporating but still physical presence. The soft groans of the floor robbed my shaking legs of their need to stay upright. I was no longer gossamer. I fell and sat in a stupor, hopelessly attached to a life that has sunken away into this house’s walls.

I only began to cry when I peered outside and my eyes were ruthlessly caught by the jet-black limousine here to swallow me whole in its unfeeling opulence and, whirring its grating and berating engines to life, thrust me out of this life and into another, one where I must start anew.

I hear my mother call my name downstairs. Her call echoes off walls shivering with nakedness, ashamed of their own pathetic plainness. I looked into the mirror on my door, the one thing that is staying behind. I desperately pried my own sagging, defeated frame for something revelatory. Some sort of profound tragedy to make me feel okay for refusing to extract myself from the corpse. All I saw, however, was matted hair stained dark due by a harsh winter, arms and legs hanging lopsided from my body, and eyes that were sad, desperate, but not sad enough.

I tore myself away from the mirror, trying to keep my convulsing yet limp body from letting out a torrent of tears and hatred and disbelief and sheer human ugliness and pathetic attachment. I rush down the stairs, trying to outrun my pain as I inhaled a mustiness that slowly burned my nose and wrenched hacking coughs from my throat. My damp hand laid limp on the smooth, warm doorknob as in one motion I turned and pushed the beautiful red door wide open and stride out, choking back feelings I have yet to decipher.

I approached the sleek monster, a monster only I seem to really see as my brothers plop in with light hearts and bright eyes, excitedly talking about how nice the weather is in California and their desire to see the ocean. “Chloe! Why are you crying? We’re going to California!!” they asked, laughing innocently, as my heart splinters with each forced step. I stared at these alien faces, but didn’t try to respond. I stood outside, my feet clinging to the brownish green grass that was still emerging from the rains and snows of a tough winter. I tried to memorize the scene, I tried to take in the corpse, to understand it, although I knew I wouldn’t.

And then, against all odds, I forced myself into the car. Against all odds, I watched 1. 2. 3. 4. 5. And 6 years slide past the window. I saw my life on an old movie reel. I clung to it, I tried to hold it, and the film ran out in my fingers. I let out a terrible moan as my heart gathered the dust of the road left behind while the monstrous thing I sat in the belly of mercilessly thrust me into a new reality I did not choose. I was ashamed and indignant all at once. I was leaving my dreams for those of someone else. I was accepting that, when I return, I, not my town, will be the imposing, tragically indifferent stranger.