Since its announcement back in 2015, Andy Muschietti’s IT has quite possibly been one of the most anticipated horror movies of the year. Heavily promoted with teasers, trailers and special haunted house events, the marketing certainly managed to get fans excited. So after months of hype and anticipation, my co-editor Daniel and I watched IT during its opening weekend— and IT was glorious!

On a rainy day in October 1988, six-year old Georgie plays with a paper sailboat his older brother Bill had made for him. He watches the boat floating down the street in a stream of rainwater, until it disappears in a gutter. Georgie peeks into the storm drain to see if it can be recovered, only to find “Pennywise the Dancing Clown” greeting him. The clown tempts Georgie with promises and sweets, and even offers to return Georgie’s boat. What could possibly go wrong? A moment later, Georgie is lying in a puddle of his own blood with an arm missing. The clown then drags Georgie into the gutter, obviously not satisfied yet with the carnage.

Several months later, Bill has still not gotten over his brother’s disappearance, all the while more and more children are vanishing from the town of Derry. Soon, Bill and his friends Ben, Beverly, Ritchie, Mike, Eddie, and Stanley start getting the sense that something is off. Finally overcoming their fears, they each admit to each other that they had horrific visions that seemed to be manifestations of their worst fears. They band together and vow to put an end to Pennywise’s reign of terror once and for all, which seems to descend upon Derry every 27 years.

As you can certainly tell, IT is not a movie to be taken lightly. Muschietti’s take on the Stephen King horror classic is dark and brutal. Is that a good thing? Yes, absolutely. In fact, Muschietti’s IT quite accurately reflects the menacing and gritty tone of the original novel it is based on. Under Muschietti’s direction, IT is a heavy hitter with a number of truly eerie moments that steer away from solely relying on jump scares.

Oftentimes, Muschietti chooses to build the horror elements, stacking them on top of each other until the main scare jolts the viewer out of the seat. A personal favorite moment of mine that perfectly captures this approach was the “Egg-Boy” chase scene. It was the masterful mixture of a creepy gradual build-up using audio and visual elements that made the scene so memorable. Senior Briejenn Kopelman expressed, “The movie had a good mixture of comedy and horror, I won’t be able to sleep tonight!”

What really gave this movie a spectacular touch was the outstanding performance by the cast. This movie revolves around a cast of young children, making this an even more impressive product of modern horror. Each  piece of dialog evokes a sense of realism and pure terror. Finn Wolfhard stands out in his performance of Richie, continually defusing some of the most intense scenes throughout the movie with his comical wit.

Bill Skarsgård captivates the audience with a haunting portrayal of Pennywise the Dancing Clown. Pennywise is every bit as sadistic as he is flamboyant, A true menace. From the strangely upbeat voice, the sinister smile and insane chuckles, all the way to his spasmodic movements, Skarsgård embodies Pennywise in ways we could have never predicted. This clown proves to be utterly ruthless, primal, and absolutely evil. There is  no doubt  he will very quickly, and rightfully, become an icon for modern horror.

All the praise aside, IT also has its flaws, of course. While the movie does not make excessive use of jump scares, there’s still the odd handful scattered throughout that tend to pull viewers out of the experience.

The pacing never got dragged down, the horror elements were solid, which served the film well. Though the movie is violent, it was never gratuitously gory and didn’t go overboard with CGI effects.

Most importantly, is is incredibly suspenseful and entertaining, and offers tons of stingers and shocks—just enough to make you uneasy and jump in your seat. It’s a great scare, and the perfect movie to bring in the Halloween season.

If you haven’t seen IT yet, do yourself a favor and check it out. If you hop on over to our local Krikorian theater, you might even be in for a special treat. No, I’m not talking about the defective projection screen in their auditorium, but about the staff adding scares by floating red balloons through the audience halfway through the film. They’re even said to have hired young students to don a yellow raincoat, similar to Georgie’s, and sprint across the darkened room. When asking SCHS Junior, Ashton Arenas, about the gimmicks, he exclaimed, “Best horror movie that I’ve seen in while. When the balloon was released I knew it was a prank but I was still terrified!”

Quite the experience! Time for us to go back and see it again…

You can read a full version of my review here. 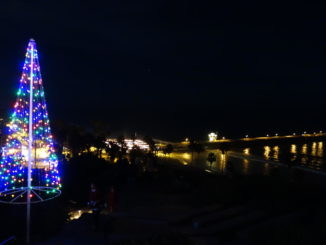 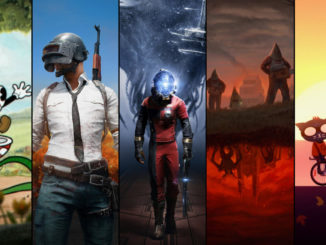 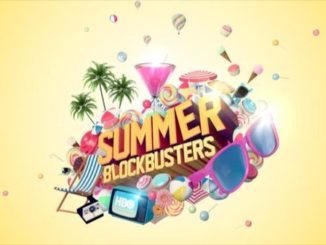