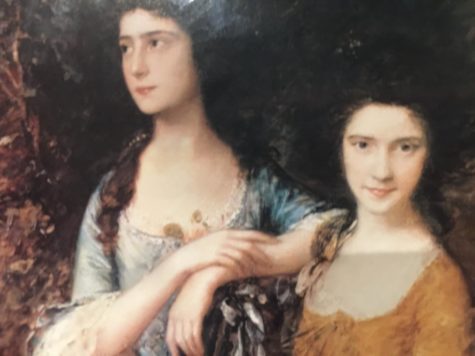 While winding my unobsequious watches, I chanced to glance over my shoulder when I saw a mosquito scuttling up my window; or rather what seemed on the surface a mosquito.  In my mind this belligerent bug, this invidious insect, was that the discarnate embodiment of her.  Yes, her! My her!  The girl whom had incited such a sense of sorrow and terror that I had lost all hope in claiming a companion, eventually causing me to fear the odious opposite sex all together. Oh, how I spurn her, and yet how frightened I am of her as well!

She crawled up to where the sun shone, and when she was not thence vaporized out of existence, I pulled down the shade so as to rouse her into exhaustion. For a moment, she disappeared, and I was for a little while lifted up from the depths of the fiery perdition of her influence.   I proceeded to toy with my watches, shaking each one in case they are gears were assailed with a sort of mechanical arthritis, when from behind the illumined shade there came her insidious animated outline, creeping about in circular formation.

In anger, I thrust the shade back up invectively and saw her, red as a blood clot up against the chartreuse garden in back.   At the sight of her, I was transported back into the early days of my  preliminary pusillanimity.   The instance when she perceived me to have a penchant for her – though she herself had already had a companion at the time – the eventual disclosure of her obvious compunction brought on by this, the promptitude of the implication of me is separate classrooms  during final examinations – she was too much of a distraction for me – the ramifications of those excoriating memories manifesting in the form of her desire to seek me out the following year and do who knows what, all these assaulted my brain with relentless ferver. She needn’t trouble me any longer! I thought.

I smashed her with my thumb, her blood running through the lines of my skin, and once this was done, I referred back to my watches; which, somehow, seemed now to cooperate.