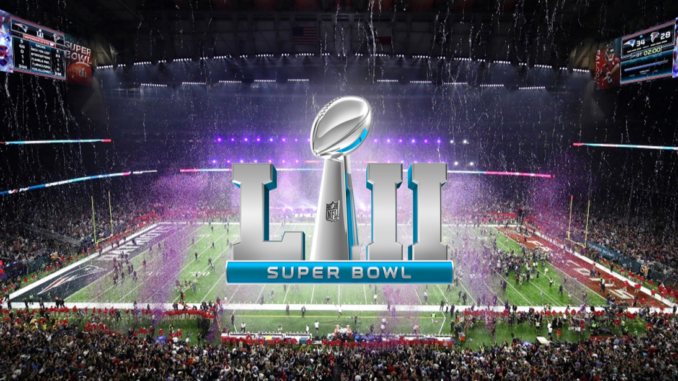 Another year, another overblown football game. Yes, you heard me: Overblown.

Personally, I find football one of the least exciting sports–as if I find sports entertaining to begin with–to broadcast since it’s literally a minute of actual gameplay and then five or ten minutes of deliberation. It’s simply just not my thing (and I’ll probably get a lot of flack for that). Now, with all that being said, the Super Bowl is not a complete waste of time.

Sound good? Then let’s get down to business.

A young Russian intelligence officer is assigned to seduce a first-tour CIA agent who handles the CIA’s most sensitive penetration of Russian intelligence. The two young officers collide in a charged atmosphere of trade-craft, deception, and inevitably forbidden passion that threatens not just their lives but the lives of others as well.

I’m gonna have to be honest with y’all, as interesting as this movie looks, I don’t really care much for it. Nothing against the movie, I’m just not really the kind of guy who usually enjoys a thriller-drama. Don’t get me wrong, I enjoy them whenever I feel like watching one, but Red Sparrow does not really hit home with me. But still, my compliments to the people behind the camera since I have nothing really worth complaining about.

Four years after the Jurassic World theme park was closed down, Owen and Claire return to Isla Nubar to save the dinosaurs when they learn that a once dormant volcano on the island is active and is threatening to extinguish all life there. Along the way, Owen sets out to find Blue, his lead raptor, and discovers a conspiracy that could disrupt the natural order of the entire planet. Life has found a way, again.

I’ve always had a soft spot for the Jurassic Park series. Having grown up with the first three movies during my childhood, I consider the first one to be one of the best thrillers ever made (Or, at least the best one that’s rated PG-13). However, I can’t honestly say I share the same love for Jurassic World. I mean, I will say it is a really fun popcorn eye-candy movie, but everything about it felt incredibly shallow. I swear, to this day, I still can’t get over how shoehorned in the parent issues were. But that’s a review for another day–probably. Anyways, looking the new trailer for Fallen Kingdom, I can’t help but feel it’s somewhat shallower since it basically looks like a complete rehash of The Lost World combined with disaster elements from Dante’s Peak. Despite all of that, I’m sure I’ll have fun watching it when it comes out nonetheless. But sometimes, I can’t help but wonder if it’s best to just finally put the series to rest.

Board the Millennium Falcon and journey to a galaxy far, far away in ‘Solo: A Star Wars Story,’ an adventure with the most beloved scoundrel in the galaxy. Through a series of daring escapades deep within a dark and dangerous criminal underworld, Han Solo meets his mighty future copilot Chewbacca and encounters the notorious gambler Lando Calrissian, in a journey that will set the course of one of the Star Wars saga’s most unlikely heroes.

Of course, with the release of the Star Wars: The Last Jedi, the next Star Wars Story shall be coming out soon, and after the Super Bowl, loads of fans are probably squealing with glee to see that their hopes have come true: The Hans Solo movie is next in line. But after seeing the teaser for myself, I’m not sure what to expect. The main reason I say this is because Harrison Ford isn’t coming back. Now, of course, that is to be expected considering the fact that Ford is 75 years old. It would probably be extremely expensive to use CGI to make him look young for the entirety of the film (But then again, after hearing about the mustache removal for the Justice League, I can’t tell you what’s on or off the board anymore). Instead, a young actor by the name of Alden Ehrenreich will be filling in his stead. I’m certainly curious to see how he’ll pull it off, if he even can, that is. I mean, hey, despite how pessimistic I may seem, I’m sure they’ll make it work. I was one of those people who didn’t jump onboard with whole the idea of continuing the series, but after seeing the last three movies that were made, color me impressed.

According to SCHS senior, Matthew Carlton, “I’m not really a big fan of Star Wars but there is usually enough action and recently humor to make it entertaining enough to go see with friends.”

FBI Hostage Rescue Team leader and U.S. war veteran Will Ford, who now assesses security for skyscrapers. On assignment in Hong Kong he finds the tallest, safest building in the world suddenly ablaze, and he’s been framed for it. A wanted man on the run, Will must find those responsible, clear his name and somehow rescue his family who is trapped inside the building… above the fire line.

Does anyone else feel like Dwayne “The Rock” Johnson is getting a little stale at this point? I mean, he’s already in that new Jumanji movie, and in the upcoming Rampage movie. At this rate, he’s going to be the Will Smith of our future where we’re going to laugh at whatever hokey line he’s going to say. But I’ve digressed, Skyscraper seems to be what I like to say “Nakatomi Plaza 2.0”. I mean come on, it’s about a hostage situation taking place in a massive skyscraper–as the name obviously reveals. All I can say about this right now is that it just looks like one of those movies you watch once and then proceed to forget about its existence entirely. But hey, Dwayne, prove me wrong.

When an IMF mission ends badly, the world is faced with dire consequences. As Ethan Hunt takes it upon himself to fulfill his original briefing, the CIA begin to question his loyalty and his motives. The IMF team find themselves in a race against time, hunted by assassins while trying to prevent a global catastrophe.

Sometimes I wonder if Tom Cruise is slightly masochistic. In literally every single Mission: Impossible movie to-date, he has done some sort of potentially lethal stunt, and with each passing film, he somehow manages to up the ante. Last time we saw him in Rogue Nation, he had himself strapped to the outside of an aircraft taking off. Now in Fallout, not only has he ended up breaking his ankle trying to parkour between buildings, but he ended learning how to fly a helicopter, and then do a death-defying stunt chase in one. Now that’s what I call dedication! All in all, I’m certainly curious to see how well Fallout will turn out. After all, I’ve quite liked where the series was going since Ghost Protocol.

In the near future, there is an energy crisis on Earth. The Cloverfield Station with a multinational crew will test the Shepard particle accelerator expecting to generate energy for all countries solving the energy problem. However, the experiment goes wrong, damages the station and opens a portal to another dimension with a parallel Earth. They also find a woman entwined with wires behind a bulkhead of the station and they learn she worked in an identical Cloverfield Station in another dimension. Now the scientists need to find a way to return to their own dimension.

The Cloverfield series serves as a sort of fascination for me at this point. With each new movie in the so-called “series”, Cloverfield dabbles in such an assortment of different genres that I really am unsure what to think of it anymore. In fact, I never quite liked Cloverfield to begin with: The shaky-cam combined with a knock-off of Godzilla just never really hit it with me. Then, back in 2016 when 10 Cloverfield Lane came out, it was a completely different experience. It was surprisingly decent and tense psychological horror movie. And now we have the Cloverfield Paradox, and I am not sure what to think of it. On one hand, it does something completely different, but what it does is incredibly interesting, utilizing concepts and ideas that are slightly reminiscent of that of Event Horizon. But, on the other, it has one major flaw, the major flaw with every Cloverfield movie so far: It leaves way too much unexplained.

Mysterious supernatural forces attracted to sound have surfaced and are attacking all over the world. A family must now hide and live in silence at a secluded abandoned farm to survive, by avoiding every noise and communicating in sign language.

I have mixed feelings about this one. On one hand, A Quiet Place looks interesting and has a fairly unique concept, but knowing how most horror movies work these days, I feel like it’s going to be fairly shallow and just be a jump-scare galore. I say this especially since the last time I got hooked by a horror movie trailer, was for The Forest back in 2016, and putting it bluntly, it was disappointing. But to be frank, it’s a 50/50 whether or not I’ll be pleased since I did enjoy movies like IT, Krampus, and It Follows over the past few years. It just certainly makes me hope it’ll turn out like those movies instead of something like the Annabelle or Insidious series, which are about as predictable as it can get.

As the Avengers and their allies have continued to protect the world from threats too large for any one hero to handle, a new danger has emerged from the cosmic shadows: Thanos. A despot of intergalactic infamy, his goal is to collect all six Infinity Stones, artifacts of unimaginable power, and use them to inflict his twisted will on all of reality. Everything the Avengers have fought for has led up to this moment – the fate of Earth and existence itself has never been more uncertain.

The one movie to rule them all. That’s how I’d probably describe Avengers: Infinity War, and I find that freaking awesome. I always loved how Marvel managed to crossover some of their movies together, but to see that in their next film they’re planning on bringing all of their movies together is truly a feat to behold. As much as I want to like it though, I’m not quite sure how well this’ll all work. Think about, with the sheer number of characters that have been developed over the years; how’ll Marvel ensure enough screen-time for everyone in a two hour movie? But still, the idea of being able to see Rocket Raccoon in a battle with Iron Man and Doctor Strange sounds pretty groovy to me, so count me in. 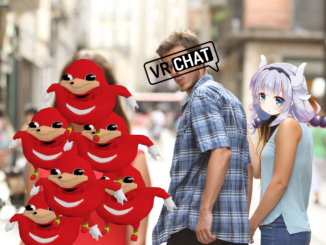 The Rise of the Ugandan Knuckles 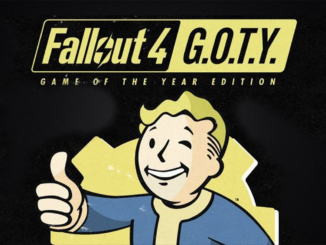