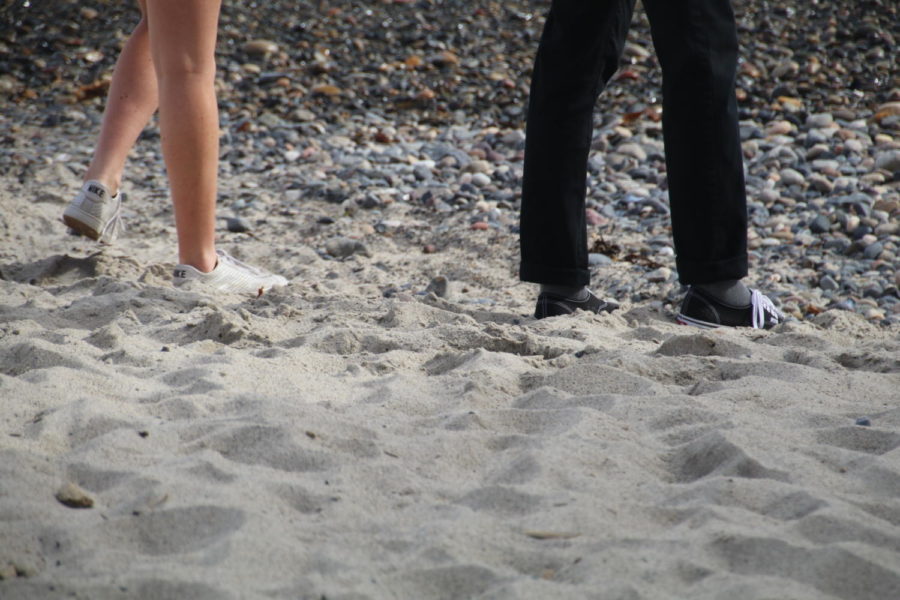 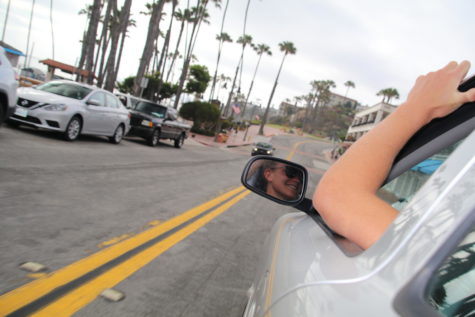 Waking up, clouds spot the sky. Blank expression coated in sleep and the phone rings. Black jeans and a T-shirt off the floor, my keys. Down PCH, two rights, left, second corner on the right. Pull over and they stand waiting, joking on the front steps. Their smiles part the clouds, and rays of light leap alongside the boys, over the red doors, white striped, into the Rambler. Beaming.

Downtown, through Del Mar, then north. No traffic in Laguna Wednesday afternoons. Laughing, singing, and driving. To Salt Creek, the grassy noll, grass in hand. Tackling and running, jumping, rolling, and wrestling, yelling and grinning, and we fall on our backs, side by side, gazing at that spotless sky, loving.

We Run When Freed 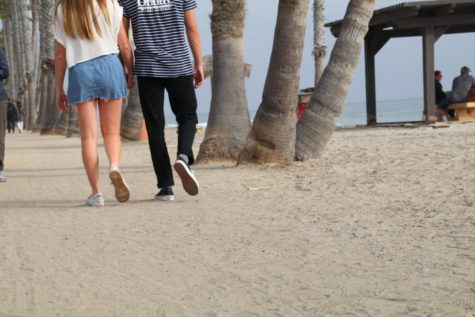 Parking two blocks north, three in. Down the sidewalks, left foot, right, left right left right foot, down. Nearing rumbling of sea and tracks, nearing her willingly. Not forced to meet in square, windowless, stuffy and dark thin-walled rooms, nearing her willingly. Walking in step, but not knowing. Only knowing coffee sounds nice and realizing she was less conformed outside those windowless squares, out in the sunlight. Knowing the conversation seemed to walk faster than our feet along the sandy sidewalk, knowing it would keep walking on and on long after we stopped to sit, looking out on the wide open street.

But conversation did stop, interrupted rudely by laughter we couldn’t harness, laughter not walking, but running along the streets, galloping on and on on on on and on until its feet lift, fly, soar off the ground. Knowing this was perhaps the one thing even more powerful than that beautiful thundering, pounding, rumbling and rolling and crushing, sweeping body out in front of us. Knowing this would only grow with the wide open sunlight, and hoping it would not grow old when confined by those square, windowless, stuffy and dark, thin-walled rooms.