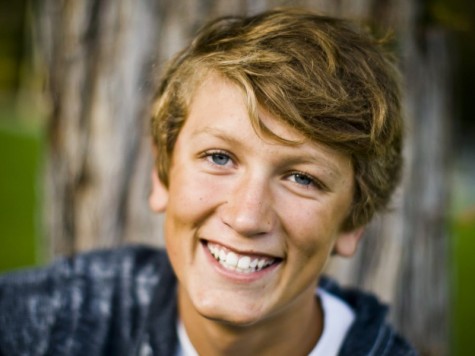 In August of 2012, San Clemente lost one of its own,  Grant Davies, who unexpectedly died while hiking in the Sierras with friends. The incoming sophomore’s heartbreaking death was the result of a rare pulmonary edema.

“Grant was my best friend and I’ll never forget him,” said senior Andrew Hall. “It was such a tragic shock to all of his friends and family.”

Since his tragic loss, the community of San Clemente has continued to honor and remember his life. The former San Clemente water polo player has been honored by the team with a “Grant Davies Memorial Tournament” and his name printed over the team’s scoreboard.

A bench was also dedicated to Grant on a hill overlooking Talega, another special effort to preserve his memory. Not only because the bench is inscribed with his name and remembered slogan “‘Live by the Josemic'” but because of the journal that was left there by his mother, Veronica Derrick.  The journal has been continually filled over the past three years with personal and emotional letters from his own family, to heartfelt entires from passing strangers.

And now, three years later, his mom and dad are attempting to further secure his memory and capture his spirit in 100 word stories. These short paragraphs can be posted on www.100wordstory.org by anyone and everyone. His mom is hoping many people will participate in order to build Grant’s biography. These collections of short stories will bring a great comfort not only to his parents but also to the little sisters and friends he left behind.

“I didn’t know they were doing this…I’m going to definitely go visit the site and share a memory of Grant,” said senior Emily Murphy. “Everyone should share a little memory just to help remember him…he was seriously the nicest kid ever and this is the least we can do.”

As Grant’s former classmates we need to help fill in the holes of Grant’s story by sharing any lasting memories we have with and of him. The Link to the website has been posted on Grant’s Facebook making it easily accessible for his teammates, friends, teachers, and even just acquaintances to share their 100 words.