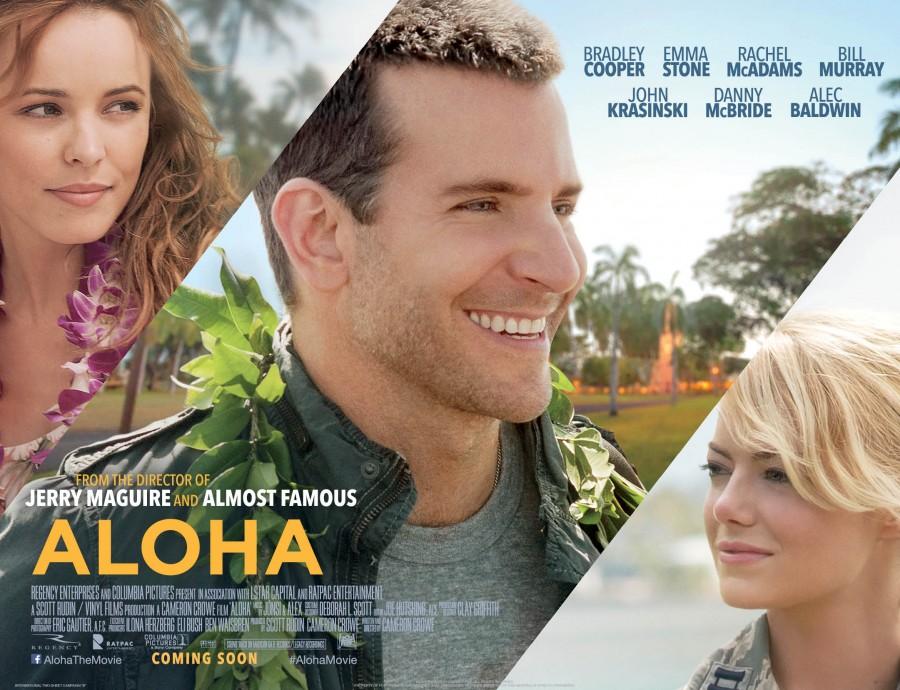 On May 29, 2015, the movie Aloha directed by Cameron Crowe was released. The film is considered a drama, comedy, and romance. On the opening weekend Aloha grossed close to 10 million dollars. With actors and actresses such as Bradley Cooper, Emma Stone, Rachel McAdams, Bill Murray, and Alec Baldwin, the movie set in Hawaii comes to life. These actors and their characters are what made this movie become a highly anticipated film.

Aloha showcased two sides to a common story exemplifying how a person can grow from letting go of their past and moving on. The main character, Brian Gilcrest (Bradley Cooper),  is a military contractor who moves back to Hawaii, where his career was booming. While there, he is faced with reuniting with his ex Tracy Woodside (Rachel McAdams) and meeting a new girl named Allison Ng (Emma Stone).

Many people say that this is Cameron Crowe’s worst movie and they wish that there was more to the plot and that he would show his true depth as a director.  To many, this movie was almost too hyped up, so it was let down for viewers.

This film is not one of the best but it does convey an important message that is able to be applied to real life. It portrays to the auidence that in order to move on in your life, you need to let go of your past and realize that the future is now, and up for the grabbing. You are not able to grow as a person unless you are able to open up and move on.  Without its major actors, though, this movie would never have survived the box office.