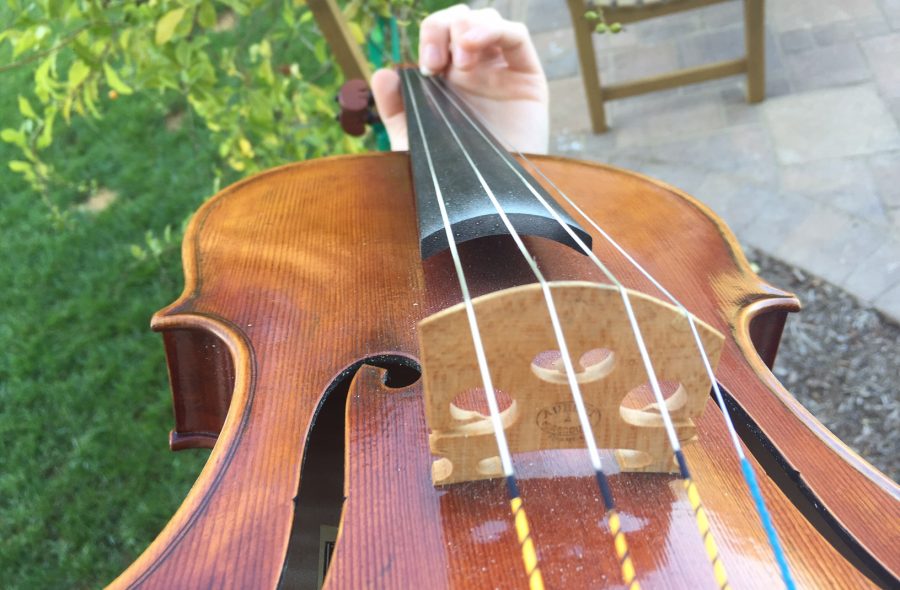 A cold wind whistled over the snow-covered pastures of Velika Pisanica, Croatia, swirling the white, glistening powder evermore violently in the twilight. Small beams of candlelight radiated from the minute windows of otherwise dark cottages and illuminated the glittering snow just before it settled onto the roofs and fields. The townspeople and animals sat huddled in the safety of their homes and stables as they waited out the brutal storm, and the children watched the treacherous winter unfold in both fascination and fear. Outside, one feeble lantern flickered as a man trudged down the icy road that connected the narrow farms, struggling greatly against the wind and tightly gripping a black case. Faces peered out at him, but none possessed courage and compassion enough to brave such a blizzard for a stranger.

Suddenly, the stranger heard a faint cry carried away by the wind. Peering into the snowy darkness by the light of his dim lantern, he made out the figure of a frail old man coming out from the door of a house just a few feet ahead of him.

“Dođi ovamo! Come inside! This is no storm to travel in,” the elder yelled to the peculiar man with a case and a lantern. The stranger graciously accepted and entered the protection of the home where the old man, the man’s wife, and their son greeted him. The quaint home’s warmth surrounded him, and the scent of sweet apple strudel and hearty bread pervaded the air. Generously, the family bestowed sarma, strudel, goat milk, and bread upon the stranger until he could eat no more, and they entertained him with conversation and music. Sounds of tamburitzas, accordions, violins, and voices kept the atmosphere light and almost made the people forget the awful weather outside and the terrible effect it would have on their crops. These festivities continued for three days while the storm persisted, and the family grew quite fond of their new acquaintance.

Soon, the blizzard began to subside, and the visitor announced that he must continue his journey. He wished the family all the best and, again gripping his case, began on his way. The family watched him walk into the harsh landscape and suddenly disappear from view, leaving no tracks in the snow. Thinking little of such an unusual exit, the family reentered their dwelling only to find the mysterious case laying open on a table, a beautiful violin inside and a note attached to the delicate, decorated paper lining that read:

I cannot thank you enough for all that you have done. Hvala, and please accept this as a gift for your kindness. Your actions and music have lifted my soul and will never be forgotten. May this instrument grant you all the love and care you have shown me, and may it always hold these memories of goodness inside.

The son, excited, lifted the violin into his hands and, awkwardly placing the bow on the string and pulling it across, played the most wondrous sound the family had ever heard. It was a sound that filled their hearts with such joy it seemed even to lighten the sky outside. After one piece, the storm seemed to have calmed and the family was overwhelmed with happiness.

Soon, summer came and the boy practiced for hours on end, listening to the saccharine music that glided across the grassy lowlands and made all those that listened forget their differences and conflicts and instead see the beauty in this shared gift of music.

Many more storms passed, and soon the boy practicing his violin was no longer a boy–he was a young man. He married, and his wife birthed a lovely daughter who, every day, listened to her father’s music that reminded her how much he loved her. Every night, he dreamt of sharing his music with the world and bestowing upon many the love and kindness shared on that ominous night so many years ago.

Nonetheless, such bliss could not last long and was soon disrupted by the events of a distant, distorted world. Wars broke out and the atrocities seeped their way into the lives of the townspeople and tore them apart. The young man was captured, leaving his violin alone in the house with his widowed wife and fatherless daughter, neither of whom dared to play the sacred, magical instrument.

Laying untouched and growing dusty, the violin began to whither away. There was little left in the town but violence and conflict. There was almost no love and kindness. Neighbors fought neighbors. Strangers fought strangers. People hardly remembered the enchanting music that had once made them forget the differences that now engulfed their every thought. The violin seemed hardly to remember those stormy nights when the goodness of mankind was so clear even in the whitewash of the snow. Its strings, unplayed and unmaintained, eventually unraveled; its bridge fell; its varnish lost its luster; the case began to deteriorate, its clasp breaking and decorative lining yellowing and peeling.

Many years passed and the conflicts–for the most part–stopped, but the town was forever changed. All the children who had once watched the snow with fascination and fear had now grown up and seen so much cruelty that mere weather could not scare them. The violin was forgotten by all except the daughter who still dreamed of her father playing his beautiful melodies; she wept over the violin, her tears settling in drops on the little varnish that remained and dried there.

One day, the violin felt a faint new presence in the town that it had not felt in years–a presence of childlike innocence and hope. Sure enough, news spread around Pisanica that the three youngest girls of an old family were visiting the farm their grandparents had fled so many years ago in search of a better life. The daughter learned that the girls played violin, and, wishing to renew her father’s gift, offered it to them.

The young family was directed from farm to farm all day until they found the woman who had offered up this gift. When she handed the girls the violin, their touch filled the violin with memories of the first time the young boy had held it and of that night in the snow. They propped up the bridge and again made the loose, worn strings taut.

Picking up the violin too large for her seven-year-old figure, the youngest girl awkwardly placed the bow on the string and pulled it across. This time, the violin not only held all the feelings of love and kindness of those memories from years ago, but also held all the sadness of the years past.

The daughter wept uncontrollably at the sound of the music. After one piece, all was silent except for the sound of her cry. The desolation in its tone only made the people listening feel the power of goodness even more greatly, for we would not know the beauty of benevolence if we did not know what the world feels like without it.