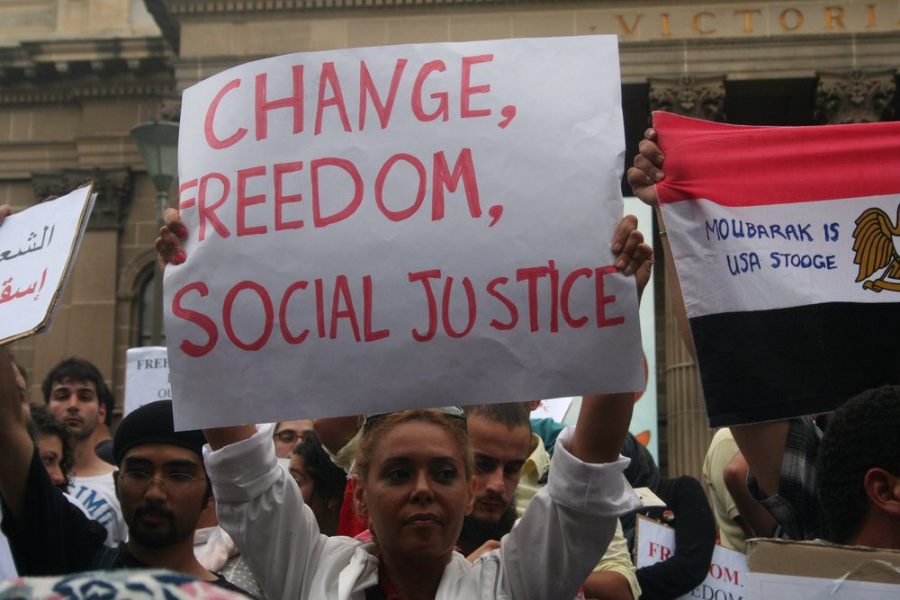 Each generation has its defining trait, a marker of either success or failure as each wave of young adults attempt to outstrip the constraints and failures of those before them. What this means is that self-consciousness is a hallmark of each new generation as they attempt to remold the world in their image, haunted by the ghosts of years past. This generation’s chief battle has been to eradicate societal prejudices founded in outdated societal expectations and assumptions. These often are variations of racism and sexism, two persistent cancers that have hampered national development since its inception.

Social justice movements have been undertaken with a zeal often blended with aggression, allowing minorities a much louder voice than in previous eras. Nonetheless, this very devotion to the eradication of prejudice has fostered a nationwide sensitivity that has incited new divisions within the American culture.

One of these societal fractures has born a new unvarnished and unapologetic white populism, resulting in two groups at opposite ends of the political and social spectrum fighting to determine the nation’s direction. Junior Chandler Horton says, “There are a lot of people who feel silenced and are growing upset.”

The collision of sensitivity and overt brashness have manifested into an environment in which beliefs are distorted– the individual becomes lost in the greater battle between the millennial liberals and the Trumpian conservatives, cultivating a frustrated national mood that has bred those on both sides willing to do brash things in the wild, passion-fueled hope of causing radical change.

All outlets of expression have been clogged with shrill disagreements and a defensiveness that serves to alienate rather than enlighten the opposing side to one’s perception of an issue. As a society constantly burdened by anxiety, there seems to be no part of society uncorrupted by some form of prejudice. Moderate, accessible movements are often outshone by louder and more impassioned counterparts that, despite often holding similar views, inject their confrontation of social norms with lack of discipline and misdirected zeal.

Society is constantly in flux and, as a product of humans, is always an innate state of revolution. Nonetheless, evolution is organic and gradual, often wary of any revolutionary, sudden changes. Logic and mechanics shape society’s direction by providing passion and inspiration with a mold that shapes them into tangible and practical pursuit. As such, the Newtonian law that for every action, there is an equal and opposite reaction, restricts and manipulates the nature of societal change.

If any movement believes it can transcend such laws (which apply to the social aspect of life as much as the logical), it inherently breeds fierce resistance capable of altering and silencing the initial movement. There is no change that goes unchallenged, and awareness of opposition can help form smarter, more effective movements that gradually bridge the schism and enforce change.

Unfortunately, repulsion to the nation’s current state has fed into a zeal more bright-eyed than clear-eyed that unknowingly creates more animosity.

The great debate over whether political correctness is showing respect and tolerance to other cultures or is a symptom of a society that has become overly sensitive and restrictive attracts violent debate on both sides. Persecution of anything than can be perceived as racist, homophobic, or prejudiced in any way has frustrated a large segment of the population and left them to feel suffocated by rising liberalism and social justice reform. In response, they have defiantly clung to unvarnished language with certain implications, declaring they are revolting against what is perceived as a societal muzzle on their thoughts and beliefs.

Largely overlooked, this group has found substantial power through surrogates like Republican nominee Donald Trump. Exploiting those wary of the nature of today’s social movements, Trump has embraced genuinely xenophobic, racist, homophobic, and sexist views under the guise of transparency and candor. Junior Ariana Winsten agrees, saying “he makes it have an evil or bad connotation so he can get away with saying something offensive.” On the other side of the political and social spectrum, Democratic candidate Hillary Clinton has glossed over controversial issues and evaded potential triggers. The contrast between the two candidates is a representation of two competing identities, as one half wishes to move forward with a progressive vision while the other attempts to restore a former greatness rooted in the past.

At this collision of past and present, young and old, liberal and conservative, both sides embrace their own brand of idealism and their own narrative of revolution. This conservative movement was born out of its liberal counterpart.

If society wishes to quell the voice of Trump and his loyal following, its liberalism must become more focused in the areas of highest concern. While all enjoy an inherent right to fight for their beliefs regardless of how trivial, focusing efforts into one, significant pursuit beyond the minefield of social media is vital if movements are going to transcend the charges of artificial sympathy for others and a deceitful culture. Political correctness, albeit born out of good intentions to create a more inclusive environment, must be managed with greater prudence. By passionately enforcing it, it has become a weapon for those with uncouth visions for America’s future.

If one wishes to take the tide of populism from Trump’s favor, they must seek to understand the disgruntled masses upon which he has risen to power. Only moderation can achieve the reconciliation needed to break social stalemate and determine a united direction for this nation’s future: a sobering truth for this generation must come to learn.