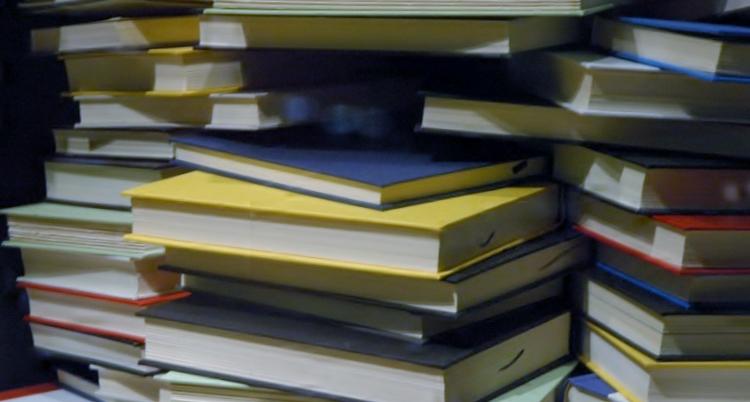 In the four draining years that make up the high school experience, many students agonize over the unforgiving future that takes a stranglehold of one’s life in the real world. Many grapple with the elusive concepts of intellect and success in their quest to satisfy society’s growing appetite for perfection and their own desire to fulfill ambitions. In the insulated world of high school, however, both vast ideas are relegated to a rigid general understanding. Success is embodied as someone immune to the emotional trials that plague these four years and as a near-perfection unattainable to the “normal person.” The resulting glorification of shallow interpretations of success breeds the ugliness that often brews under the surface of ambition, creating failure into the monster it was never meant to be and making school life all-consuming rather than a single dimension of life.

Such prejudiced definitions suffocate the various mediums in which hard work and success can be fleshed out and celebrated. A black and white sterile reality is bound to create disparity in self-worth and create a mirage of society that impairs one’s understanding of their own potential and strive after a life devoid of rawness that is simply unattainable and, in reality, harmful. The plague of perfectionism has transformed work ethic and drive into a fault that inhibits the natural growth the last years of childhood are intended for. For high school students nationwide looking to prove intelligence and achieve success, school nights are often crammed with hours of homework and practices that possess a prodigious tendency to swell schedules and instigate exhaustion. Weekends aren’t much better. In a society in which reputation is built on comparison and ruthless competition, students assume lives defined precariously by each test or game.  Teenagers, whose malleability is undisputed, are undoubtedly molded by society’s zealousness to thrust them ahead into the sharp expectations of adulthood’s own unforgiving system.

Such conditions instigate the plummeting of self-esteem and, in some cases, breakdowns as students struggle to live up to increasingly lofty standards and preserve easily tarnished academic reputations. The competition to be the best and achieve admission to elite schools has become so severe, numerous students appear to view college as the “end goal” and become overly immersed in a future that is only a microcosm of the real world.  Moreover, students struggling to maintain their positions at the top of the increasingly uncertain perch of school success find that their academic identities become too integral to their self worth, a symptom of the absolutist perception of success and failure in all aspects of society. While some may argue that this encourages greater work ethic and an awareness of what lies beyond the sheltered reality of school, it also risks fostering pessimism and one-dimensional perceptions of the self and world beyond.

The danger of creating a new generation overly involved in the endless and victory-deprived games of comparison  is not often addressed in this hyper-active and, in many cases, perfectionist society, but is seen daily at SCHS and in high schools around the nation. One can see firsthand the impact of high standards and large workloads in the bloodshot eyes of the junior that spent the entire night studying for her AP Biology test, the packed schedule of the sophomore whose precious free time is spent propping up his college resume, and  the despondence of the student in AP Euro whose spirit is crushed by the great horror of receiving a B in the class. The campus is often packed with these puffy-eyed zombies, whose sleep-starved minds cling to the expectations demanded by that day’s tests and don’t expand upon much else. Students such as these are more likely to provide black-and-white understandings of incredibly complex concepts, such as those of intelligence and success. Moreover, minds numbed by exhaustion and stress are more eager to adopt  imbalanced habits that can forsake one’s mental and physical health for grades, which promotes a neglect of the self and an obsession with ultimately material achievements reflective of an extremely materialistic (and thus self-destructive) world.

When asked about the amount of pressure students receive from the outside world, sophomore Ashlee Atkins judged the question self-explanatory, providing an answer brief in length and grim in tone. “A lot” was the official and only response. Public stigma that determines anything less than an “A” unremarkable pushes many students to adapt an illusion of what is acceptable that in turn prevents genuine success and forces one into a constant cycle of dissatisfaction. Unrealistic definitions of intellect leads many to form delusional perceptions of themselves across a vast spectrum that spans from arrogance to self-loathing, which prevents the clear-eyed outlook competence and progress requires. In a world that relies on reason, strength, and confidence, the promotion of irrational understandings of the self and others will only result in a new class of adults teetering on delusion and increased disparity. Moderation is key in building a balanced society capable of succeeding in all aspects of business and life, not just in the classroom.

While life is in essence a competition when looked at from a career standpoint, the severity of school pressures  can often be crippling to otherwise bright young minds by discouraging risk-taking and letting’s one’s self esteem be dominated by GPA.  Such pressures and insulated learning environments promote a society based on materialistic standards and neglectful of the intangibles that so often govern communities. As sophomore Katina Gabriel noted, “for most high schoolers, intelligence is being good at school, but in reality it’s a lot more than that.” What is seen so vividly in high school is only a reflection of the world beyond, thus necessitating change and a new means of motivating hard work without promoting weak self-esteem and imbalanced priorities. It’s time to expand the idea of intelligence and success beyond the generic understanding of good grade and diverse high school involvement. If intelligence is redefined to capture the multi-dimensional essence of the human being, society can become more layered, skilled, and prosperous as a result. Half-asleep teenagers depressed over  B’s cannot be the foundation of  a refined, evolved American society.