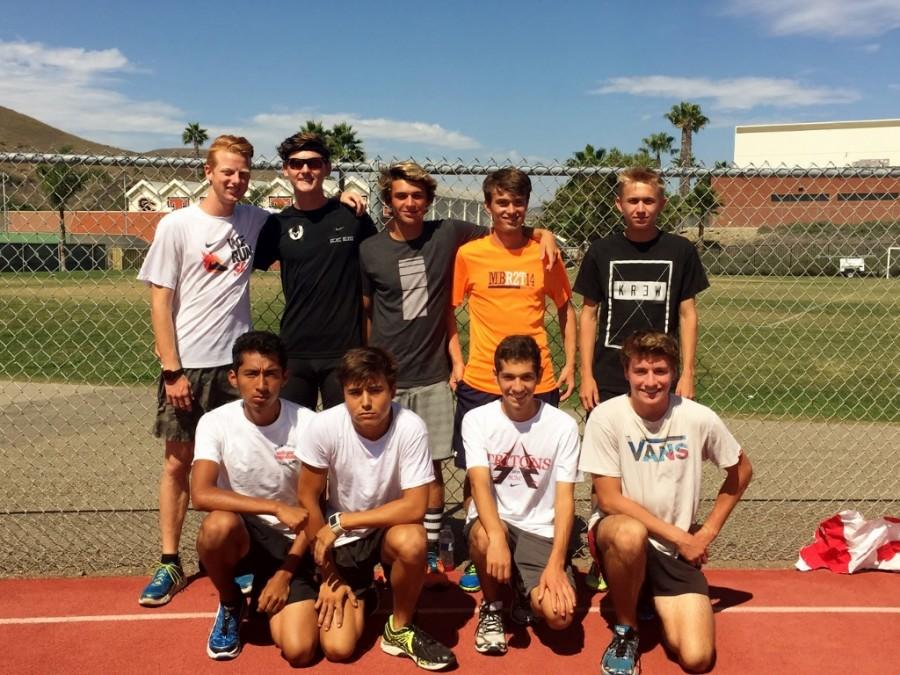 This week, we sat down with the San Clemente Tritons’ boys cross country team to get an insight into the path they must run on this season in order to be successful this season.

The SCHS boys cross country teams are already on the run, beginning their training early in the summer.

“We worked really hard this summer,” said senior Nick Ulph, who has been running with the team since 2011. “But it will all be worth it when we win league and hopefully, CIF too .”

Based on the requirements for the team, the cross country team has to be one of the best. “We have a lot of returners from last year,” head coach Dan Johnson said. “However, being top five in the state, we will have a lot of competition this season, but we have no doubt we will make it to CIF.”

In regards to the new  freshmen team, Coach Johnson told us, “These freshmen are very good and if they work hard, in two to three years, they should become an exceptional varsity team.”

These boys are striving for victory and to defeat some of the top teams in the league, including Tesoro and San Juan Hills. In fact, when Coach Johnson was asked if Tesoro was the team to beat this year he said, “No, I think we’re the team to beat, but it will be close”, while also saying, “I expect us to make it to CIF and even to State”. If he has that much confidence in his boys, they will have no problem running past the finish line into CIF.

The following is the schedule for the cross country teams: