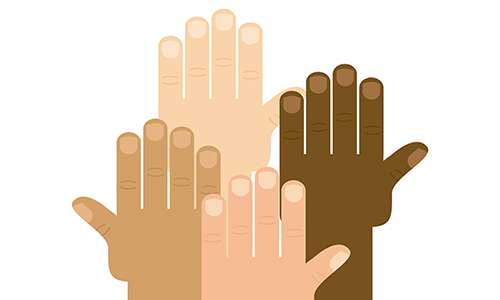 By: Flynn Lloyd | Editor in Chief

It is no secret that San Clemente High School consists of a predominantly white community. Students have been surrounded by people similar to their own appearance their entire life, and they therefore lose the ability to empathize with people of color. In today’s society, the issue of racism in government and culture is a recurring debate. I wanted to ask San Clemente students of color what it is like to be in the minority at our school in today’s culture, and if they have ever felt subtle prejudice from their peers. The following 12th grade Triton students, Altez Crawford, Christian Wilson, and Angelica Gomez, all have direct experience being a minority on campus.

What is it like being a person of color in a predominantly white community?

Wilson: “Being a person of color in a predominantly white community can be stressful as there is rarely more than one black person in a room or building in our town. I often find people of color are looked at as lesser than for talking a certain way, having to explain our hair more often than necessary, and being stared at when the history teacher talks about slavery. It feels as though black people are unable to freely be themselves in any capacity beyond an outside expectation.”

Crawford: “Honestly the fact that I am a person of color gives me more advantages than anything else. Luckily, I live in a community that is very accepting to all.”

Gomez: “Being a person of color in a predominantly white community is something that definitely changes my perspective of of how society is.”

Have you felt as if people prejudge you base on your race?

Wilson: “There are many ways to be prejudged as a tall, fair skinned mixed male – people usually assume I’m a basketball player or soft. I’ve had a teacher express that they thought I might have had problems in the home or that I didn’t know who my father was because my mother is black.”

Crawford: “Yes of course I have felt prejudged based on my color, but that doesn’t really affect any of my decisions.”

Gomez: “People have an initial perspective on you just by viewing the color of your skin and it’s mostly always incorrect. Being a person of color comes with a lot of stereotypes.”

Do you think that there is racial division across the San Clemente campus?

Wilson: “I don’t believe believe there is a racial divide, but more of a tension due to the lack of education on stereotypes of Black Americans and feeling resistance from most when certain behaviors are addressed.”

Crawford: “No San Clemente is perfect and all races blend pretty easily.”

Gomez: “There’s most definitely a separation of races across the S.C. campus. People tend to hangout with the people they mostly relate to and being in the same race is a big factor in all of that.”

Has today’s political culture influenced how you feel as a person of color on our school’s campus?

Wilson: “No, today’s political culture has not influenced my personal outlook on our school’s campus, because I’d felt the insensitivity and lack of diversity prior to the height of the political culture, but it has allowed me to see the need for more educated, positive, and non threatening opinions when current political and race relations topics are discussed.”

Gomez: “Today’s political culture has definitely changed on how I feel on campus now. There’s a lot more openness about people’s political views and it makes me feel uncomfortable at times, but our school is really good about being open minded and kind to everyone.”

Although some students of color feel fully integrated into our school culture, there are students who feel as they are judged based on their race and feel the tensions of an increasingly partisan society. Whether you have personally noticed the subtle separation or not, the need to call attention to the notable divisions during lunch or among social groups rises. As a society, we have become ignorant to the people we subconsciously choose to interact with and the automatic perception we place on others. I’m not implying that if one is friends with people of the same race they are intolerant, but rather calling attention to a troubling social dynamic across our campus and subsequently, American society.