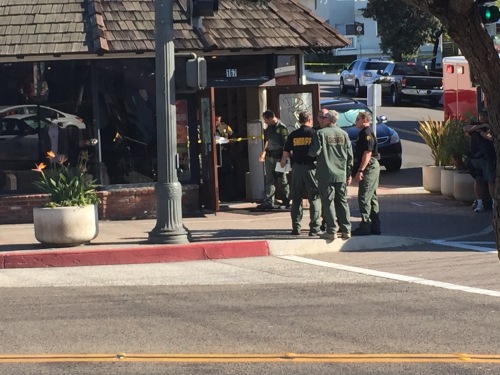 Rosier has owned her Del Mar boutique, Bliss, for 12 years now. She co-owned Johnny B’s Men’s Clothing a few doors south with her husband, Dillard. Rosier reopened it as a sister store to Bliss and named it Felicity Boutique this past spring.

An employee of Bliss contacted the Orange County Sherriff’s Department at 2:01 pm. The employee called them from the store’s phone after Dillard entered with a briefcase, headed to the back where the owner, Rosier, was. The employee heard six gunshots before she ran outside with the phone to call for help.

It took the OCSD three minutes to arrive at the scene. They were unsure if there was a hostage situation, so they called in the local SWAT and crisis negotiation teams. It took them forty minutes to arrive and enter the building. At that time, both Rosier and Dillard were found dead, a handgun nearby.

Authorities concluded that it was a murder-suicide and are not looking for anyone else connected to the crime. However, the intersection of Avenida Del Mar and North Ola Vista was closed off for further investigation of the scene.

The relationship between the two was unclear to the officers at first. It was soon discovered that they were a married couple in the process of a divorce. Counter to common assumptions that this circumstance would be the trigger for Dillard’s violence, friends and the couple’s lawyers claim that there were no signs of hostility between them.

The couple married in 2009 and separated this July. Rosier filed for divorce on October 3rd of this year. The couple’s lawyers commented that it was a mutual decision. “That’s what’s so shocking about this, there were good, kind people.” states Rosier’s lawyer, Jennifer Posey, of Mission Viejo.

The next day, locals were beginning to create a memorial of flowers and messages. One message read the devastatingly true statement, “Our little street will never be the same.”