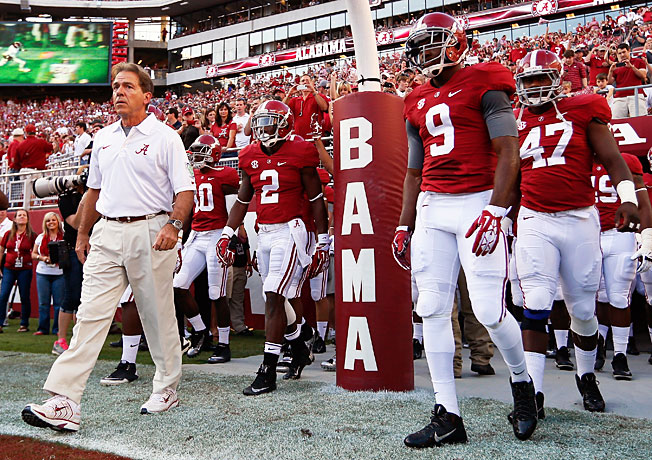 To put it simply, football is America’s favorite pastime. Whether it be families playing at a park, attending exciting high school football games, like our own here at San Clemente, or watching professional games, we love to love football. A lot of the love for football is manifested in fans of college football; some students could probably argue that going to football games is the defining point of their college career. However, college football is a lot more complicated than making touchdowns and representing beloved universities. 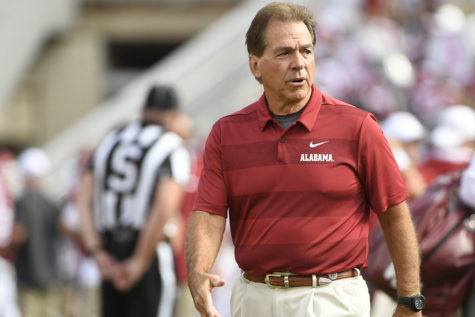 The top 25 highest paid college football coaches all have salaries over $4 million dollars, but University of Alabama coach Nick Saban takes the title for highest salary, with a whopping $8.3 million dollar annual income.

‘This means Saban is also the highest paid public official in the entire country. This trend doesn’t apply to just big football universities in the south, unfortunately; in fact, 27 out of 50 states can also claim that their highest paid public official is a blowing a whistle. It makes sense that college coaches are paid so much, given the fact that the majority of the money universities accept go towards coaching resources. Despite this, it stings to realize that the most powerful, important public officials in society at the moment are primarily old white men in khakis who bark orders at athletes.

It’s important to realize that there’s big money in coaching college football, but not in playing it. There’s been an ongoing debate about whether or not college athletes should be paid for playing. Many believe that given the amount of work college athletes put in, especially football players, they deserve compensation. Not only are they mentally and physically pushing themselves to win games and improve skill, but they are balancing academic stress and missing class for the sake of the game. Players not only deserve compensation for their work ethic, but for the mere fact that these players bring in massive amounts of revenue to the school. If they’re bringing in the most profit, they deserve to be rightfully rewarded for this.

Jane Little, senior at SCHS, agrees with this idea. “I absolutely think that college athletes should get paid,” Little said. “They work so hard and do so much to bring recognition and credibility to the school that it’s only fair to be paid for it.”

When considering the complexity of college football financing, it is hard to ignore the racially charged undertones of this issue. Some view college sports as modern slavery, due to the fact a large amount of the population in college sports is African American. The National Collegiate Athletic Association, or NCAA, also has deep-rooted organizational issues that make it outdated and barely functional and only strengthen these views. Alex Blackwill, senior, does not necessarily share this contention. “I do think that there are a lot of flaws in college sports, but I don’t think it is fair to equate it to slavery,” Blackwill said. “The NCAA needs to evolve, but I wouldn’t go as far as to say that college sports is modern slavery. It’s not that serious.” Ultimately, Opinions on the college sports debate can vary, but it’s important to recognize that the joy we derive from these sports ends at face value.