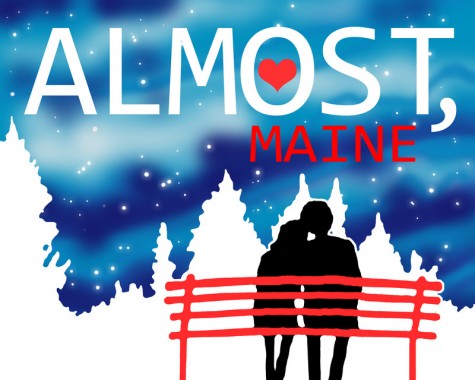 Love is in the air as San Clemente High’s drama department gears up for their annual fall play. Set in the fictional town of “Almost, Maine”, a series of nine individual vignettes of love unfold between the characters in this tiny, snow covered New England town. So far north that it’s almost in Canada. So small that it’s almost not a town.

Diverging from a traditional story line, “Almost, Maine” lacks a main character in the spotlight, with a plot that usually develops around the protagonist. Instead, nine couples find themselves falling in and out of love as their stories weave in and out of one another, a dynamic that junior Daniel Klevit adds is “super fun” while onstage. Klevit plays the role of “Chad”, a stand up man’s man who ends up falling for his best friend “Randy” played by junior Will Wakeman. Other onstage couples that find themselves in love’s clench include senior Ruth Flynn alongside senior Jonathan Crawford, seniors Korina Campbell and Colin Horan, and senior Evan Harris with junior Sophia Racke.

Behind the curtain, Stage Managers Emman Hamidi and Cassie Powell run a tight ship coordinating the cast, crew, and set. As linchpins for the production, both of these seniors have experience in past school dramas and musicals. Powell is excited for this play in particular because of  “the tiny monologues that all intertwine.” New to the drama department this year is director Mr. Daniel Ingram, who according to Powell, has a background in technical theatre and has really been vamping up the costumes, set, and design of the production.

With an extremely talented group of performers, a highly qualified production crew, and new blood to direct them all, San Clemente High School Drama Department’s production of “Almost, Maine” promises to make us laugh, cry and almost fall in love.

*Student preview is held on November 12th at 4pm. You can catch the main production November 13th through 17th at 7pm.