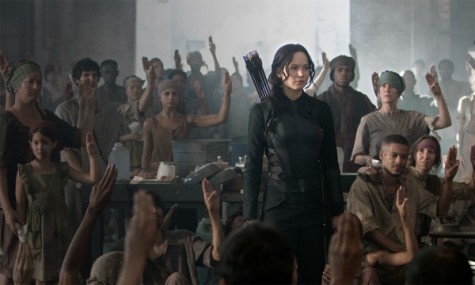 Buckle your seatbelts and get ready for the second-to-last movie of the Hunger Games series: Mockingjay Part 1! The movie takes the series to the next level and does the book justice by capturing the essence of twenty-seven chapters in just two hours and three minutes.

The main character Katniss Everdeen, played by Jennifer Lawrence, was used as the symbol for rebellion in the districts. As “the face of the rebellion,” it was difficult for her because she was very upset that Peeta Mallark, played by Josh Hutcherson, was not saved with her during the second movie, Catching Fire,  and he was taken to the capital. 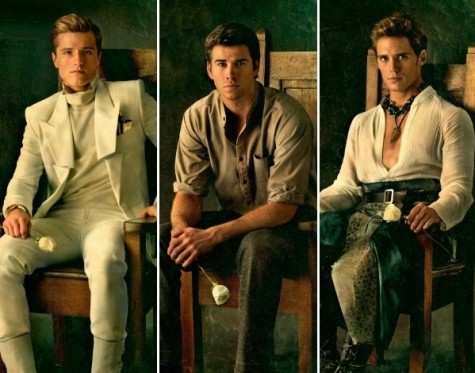 This movie demonstrates the struggle Katniss’s faces to choose between saving the lives of many or saving the person that you love. It explores the many ways in which propaganda can be used to rally the masses in favor or against a certain idea. It catches the eyes of many teenagers with popular  actors like Liam Hemsworth, who plays Gale Hawthorne, and Sam Clafin, who plays Finnick Odair.

We are also able to experience the horrors and excitement of a rebellion, despite the fact the technology used in this movie is far more advanced than what we have today. It shows many lives can be destroyed in war while also showing how just a little bit of hope can go a long way.

Mockingjay goes more in depth into the lives of the people and for the first time, does not focus on the games. Some people might complain about the the lack of  violence in comparison to the two previous movies, but Mockingjay Part 1 has the same amount of suspense, if not more. This installment really allows you see what drives these characters and what they are willing to risk everything for. 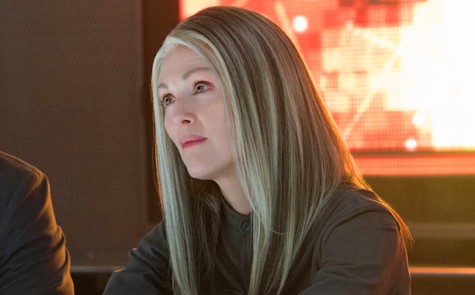 New character President Coin, who is played by Julianne Moore, shows the struggles in which she goes through to protect the people of District 13. She has a clear motive to rebel as she has lost her whole family due to the horrific acts of the Capital and she does not want any more of her citizen’s lives to be lost.

For those who have read or seen the Hunger Games and/or Catching Fire, this rebellion has been a long time coming; it is a thrilling feeling to witness it to finally come.

Looking at this movie and comparing it to the other movies in the series, Mockingjay is a perfect beginning to wrap the series. Mockingjay focuses on the corruption of government and shows how one person can evoke a positive change.

Senior Chase Hamming agrees, saying,  “This movie is very true to the book and thoroughly explains the complicated plot.”

The acting in this movie definitely surpassed that of the first two movies and fans are clearly happy with the improvements seeing as Mockingjay Part 1 earned over 123 million dollars at the box office in its first weekend.

Now we have to wait for the final part of this trilogy to be released as expectations remain high for Mockingjay Part II!